I was assigned a room in the Hill dorm and had unpacked my belongings after attending orientation. A copy of scheduled classes was distributed, and I was assigned to an advisor. After a wait in line, I handed my advisor my information and she promptly handed it back saying, “When you have this filled out you can bring it back and I will sign it.” I had no idea where to begin.I always look forward to reading Response as it is of such high quality and uplifting. The current issue (Summer 2016), was a wonderful review of the school history, but the photo that brought the most memories to mind was the little maroon beanie pictured inside the back cover. I remembered how we placed our finger on the white pompom, danced around on one foot, and chanted, “I’m a beanie, I’m a tweenie, and I promise to strive to be worthy” whenever asked to by an upperclassman.

Thankfully, across the hall was a transfer student who calmed my nerves and helped me to put together a schedule for my first term. Thanks to that dorm-mate, I stayed in school and went on to earn a master’s in school library media and retired after 30 years in 2003.

Another “first”: The 1967 class were the first bachelor of science in nursing graduates. Prior to that, nursing majors had to transfer to the University of Washington for junior and senior years. They then graduated with degree status from both Seattle Pacific College and UW. The first full 4-year class at Seattle Pacific was 1967.

I enjoyed seeing some of the SPU “firsts” in the most recent Response issue, and would like to share another!

As a freshman in 1983, I joined a group of other SPU young women to form the first SPU women’s soccer team! Our coach was the girlfriend of one of the coaches for the men’s team, and although we weren’t as famous as the men’s team was at that time, we weren’t too shabby!

I thoroughly enjoyed being a part of the 125th anniversary celebration. First, there was the new music lab and concert hall on Nickerson, (my wife has two music degrees from SPU, and I fondly reminisce about concert choir). Second, I got to interact with Ed Smyth and Frank Spina, two of my religion professors. My degree was in Christian education.

Then, I went to the Taste of SPU, where I thoroughly enjoyed the food and got to see a few more of the alumni I was in school with.

After this I went to the Crowder concert. Seldom have I seen Brougham Pavilion this full, except when I came to listen to former Secretary of State Madeleine Albright. As the concert began, I was enjoying the music of the opening act and looking forward to a very enjoyable concert. However, I became aware that the decibel level in the building was far higher than God designed human ears to endure. The Crowder concert is an example of how we often allow our hearing to be assaulted, resulting in a very significant hearing loss.

I am very glad to have had the opportunity to buy a ticket for a concert where a part of the proceeds went to help needy children abroad. I did however, opt to leave Brougham Pavilion and go home about halfway through Crowder’s portion of the concert.

I hope this letter brings a fresh awareness of the gift God gave us when he gave us ears and how we need to take care of them.

Reunions near and far

I was reading Response at my mother’s home in Michigan, when I came across the call for five and ten year reunions. That page listed all the expected alumni groups but stopped at the year 1951.

So my mother, Nancy Wells Mecartney, and her good friend Audre Fox, both SPC Class of 1946, held their own mini-reunion at Bennett’s on Mercer Island while my mom was visiting the Seattle area this summer. The strong and bright women of SPC are still doing well into their 90s!

Several years ago we visited the campus and had the fortune of being able to tour Alexander Hall which had been my mother’s dorm. We met several bright and lovely young women who are currently students at SPU who told my mother of the graduation traditions that still live on. Throughout my life I have always been impressed with Seattle Pacific graduates. Two of my mother’s friends from SPC went on to get PhDs in physiology. Audre Fox had a fascinating career teaching abroad, and Florence Newton Arms both taught and traveled across the U.S. as the wife of a Methodist minister. My own mother had a career as a psychiatric social worker after graduation from SPC, and went back to school in her 40s to become an elementary school teacher after raising a family with my father, a minister and college professor.

My mother has many wonderful stories (which she can tell better than I) of sneaking out of Alexander Hall to go off campus for doughnuts and sandwiches, having to do penance when she wore red slacks to advertise the school picnic, etc. She and her friends always seemed to have so much fun and loved their time at SPC — but they were a high-spirited and independent group of women who must have been a challenge and a trial for the administrators of that time!

Shaina Mackin ’15 majored in political science, not in global development studies, as reported in the Summer 2016 issue of Response. 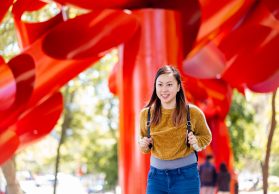 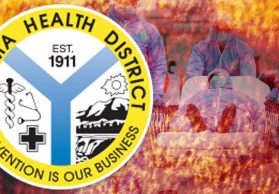 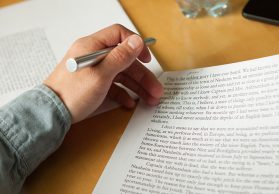 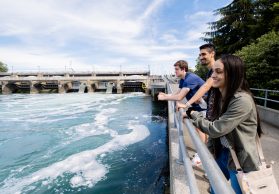 8 tips on how to stand out when applying to colleges