Across the West this summer, some 75 out-of-control wildfires have burned more than 1 million acres in 13 states, exacerbated by record-breaking heat and drought. Oregon’s Bootleg Fire, alone, ranks as one of the largest in the state’s modern history, burning an area larger than Los Angeles. Within that maelstrom, professionals race to contain blazes, protect homes and human lives, and rescue wildlife.

Todd Jacobsen ’10, a wildlife conflict specialist with the Washington Department of Fish and Wildlife, solves the challenges tied to interactions between wildlife and humans. His work doesn’t usually involve fires, but in July, as the Lyle Hill Fire burned in Klickitat County in southern Washington, Jacobsen was serving with the volunteer fire department. Two days later, he was called in to rescue a fire-singed, 6-week-old golden eagle that is expected to make a full recovery.

In his full-time role, Jacobsen might rescue birds or give advice to others on how to do so. Each day, he fields up to 15 calls a day about wildlife in the area — often deer, elk, bears, coyotes, wolves, or cougars. “That’s one of the things I like about the job,” he said. “No two days are the same.

“Late spring, I’m dealing with a lot of deer and elk damage to crops as they are starting to green up. From April to June, I get bear and cougar complaints and sightings. Injured bird calls peak between April and July when young birds leave their nests.”

And then winter comes, when the calls slow down and he can concentrate on paperwork and on educational presentations.

Jacobsen’s interest in wildlife started in childhood, but his time at Seattle Pacific University cemented his desire to work in this field. He credits his biology professor, Eric Long, as a mentor who kindled that passion when they did field work one summer on nearby Blakely Island — tagging black-tailed deer and analyzing the data.

After graduating from SPU with his undergraduate degree in ecology, Jacobsen earned a master’s in wildlife sciences from Auburn. Before taking the job at the Department of Fish and Wildlife in 2016, he taught environmental science and natural resources to teens in Washington, studied white-tailed deer in Alabama, and worked with bighorn sheep in Idaho.

Jacobsen had never heard of the role of “wildlife conflict specialist” until this job surfaced. And while interacting with animals is a passion, the role also depends on extensive people skills and problem-solving techniques. “No one ever calls me because they’re happy,” he said. “It’s either a complaint or a concern about wildlife. I like coming up with creative and often novel ideas. It’s definitely a challenge and keeps me on my toes.” 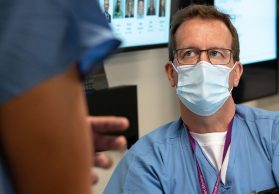 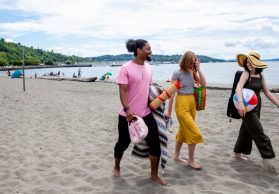 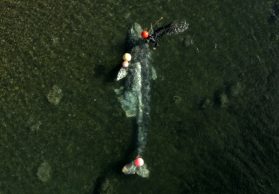 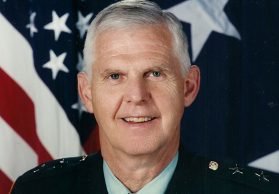