When author and speaker KACIE WASHINGTON ’07 walks into a classroom these days, she’s mindful of what her presence might mean for the children sitting before her, listening to the story of how she became a writer.

“It’s important to me that kids know there are writers out there who look like them,” Washington said.

Ever since she was a little girl, Washington wanted to write a book. A love of storytelling was something she carried for years — she was on the journalism team in high school, and she was a communications major at Seattle Pacific University.

But in her first job out of college, a colleague told Washington she was a terrible writer and should never write again.

“It broke my spirit,” Washington said.  “That one negative comment always plagued me.”

For years, Washington didn’t write, but when the pandemic hit, she began to wonder if this was her last year alive, what did she want to accomplish?

Washington said she’s been lucky to achieve many of her goals, but writing was something about which she was still self-conscious.

Determined not to let that one comment define her, Washington joined a writing group, took writing classes, and started a blog. As stories accumulated, she began to read them to her children at bedtime. Washington laughs, remembering when her children would notice there were no illustrations and ask who wrote the stories.

As Washington continued sharing her stories with family and friends, she realized her work was unique. It didn’t fit the cookie cutter model of mainstream children’s publishing, so there was an opportunity to retain her creative license by self-publishing.

In 2021, she published her first book, The Squirrel Who Homeschooled. The book tells the story of a boy who befriends a squirrel in his backyard when he begins to be schooled at home. It’s a story informed in part by the many families who began to homeschool their children during the pandemic.

This year, Washington released her second book, Do Aliens Love Toast?, the story of Brooklyn the Brave’s quest to find out if aliens also love her favorite breakfast food. With both books, Washington is conscious of pushing boundaries, rooting her stories in children’s natural curiosity about the world, while also ensuring all kids see children of color and families of color in compelling stories.

“At the end of the day, it’s most important to me to that kids are excited to read, and the people reading the stories are excited, too,” Washington said.

In many ways, her time at SPU still shapes her work.

“I just always loved the tagline “Engage the culture, change the world,” she said. “I try to be mindful of that in the work I’m doing. How am I reflecting the love of Christ? Am I extending grace and love and truth? That’s been the core of who I am.”

In addition to running a communications consulting company and continuing to promote her work via classroom visits and readings, Kacie is also working on part two of Do Aliens Love Toast? She hopes her success can be an example for others to pursue that creative project they’ve kept on the backburner.

“I just hope that people try,” she said. “It’s a beautiful legacy to leave for your children, your friends, and family.” 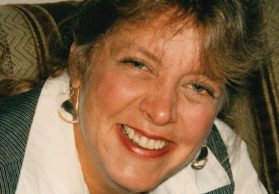