TAMALES ARE a very old tradition, dating back to 8000 B.C. Mesoamerica. Pre-Columbian people made tamales without fat, but the preparation hasn’t changed much — which means tamales are among the oldest recipes still gracing modern tables.

Although tamales can be purchased and eaten year-round, they remain a beloved holiday tradition for many Mexican families. Authentic preparation can involve as many as 100 steps, including grinding the corn from scratch, but here is a simpler recipe to try at home.

MIREYA: In my family, we make tamales on Christmas Eve day. Assembling the tamales is an event for all ages, and it takes hours to prepare. We make around 200 tamales to have enough for Christmas Eve and leftovers. It would be a great cultural faux pas to not send people home with food.

While mostly women put them together, any family member who lives in proximity comes to help — aunts, uncles, cousins, grandparents. We start in the morning. We already have the masa (corn meal), the hojas (corn husks), meat, the sauces, and the other fillings prepared.

In our family, we normally make tamales of pork and beef, red and green sauce, mozzarella cheese and rajas (grilled jalapeno peppers). We form an assembly line to stuff, fold, cover with sauce, tie, and place the finished tamales in a pot of water to steam.

It’s a loud, lively, and interactive process because we catch up on family news and reconnect as we assemble the tamales. It’s more than just a holiday tradition; it represents the preservation of our cultural practices. After the wonderful meal, we open our presents at midnight.

Soak the corn husks in a bowl of very hot water for 30 minutes or until softened.

Prepare desired filling. You’ll need about 3 1/2 to 4 cups of filling for one batch of tamale dough. Some filling options include:

Make the masa dough: In a large bowl, combine the masa flour and lard. Add chicken broth, little by little to form a very soft dough. The dough should spread like creamy peanut butter and be slightly sticky. Cover the mixing bowl with a damp paper towel, to keep the dough from drying out.

Assemble the tamales: Lay a corn husk, glossy side up, on the counter with the wide end at the top. Scoop about ¼ cup of dough onto the top, center of the corn husk. Use your hands to press and spread the masa into a thin layer, about 1/4 inch thick. Keep the dough spread along the top half of the corn husk to allow plenty of room to fold the bottom husk up, when it’s time.

Place 1–2 tablespoons of desired filling in a line down the center of the dough. (You don’t want too much filling).

Fold one long side of the husk over the filling. Fold in the other long side, overlapping the first (like folding a letter). Fold the bottom of the husk up. Optional: Tear a long strip from an edge of one of the soaked corn husks and use it to tie the tamale, to hold it together.

Tie the tamales (optional): Tying the tamales can help you differentiate them if making more than one filling. However, you don’t have to tie a corn husk string around them to secure them, as they will hold together without it, stacked upright, side-by-side in the pot.

Cook on the stove-top. Add water to the bottom of your stove-top steamer (few cups for a steamer pot — don’t fill above the steamer rack). Lay a few extra corn husks on the bottom rack to keep the tamales from falling through and any boiling water from directly touching them.

Place tamales standing upright, with the open end up, just tightly enough to keep them standing. If using a steamer, lay a few soaked corn husks or a wet towel over the top of the tamales before closing the lid.

Steamer: Bring water to a boil. Once boiling, reduce to a simmer and steam for 45 minutes to 1 hour. Check them after 45 minutes. 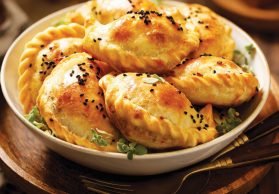 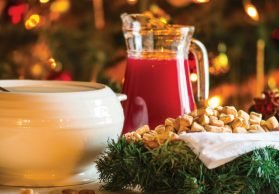 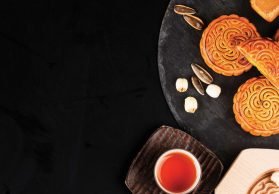 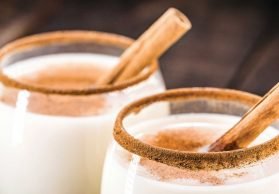