In September 2017, Hurricane Maria hit the Caribbean, causing thousands of casualties and more than $100 billion in damage to Puerto Rico and surrounding islands, according to news reports.

Maria was the worst natural disaster on record to affect Puerto Rico and left many island inhabitants without power, homes, roads, clean water, and other resources. 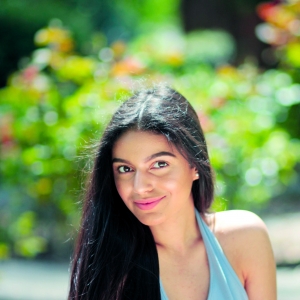 Heartbroken by the devastation and frustrated by the slow response in aid efforts, Andrea Diaz — a Seattle Pacific junior from Puerto Rico — decided to respond.

“I had the privilege of being safe, away from the island during the hurricane, with the resources that SPU provides,” she said. “And I’m a firm believer in using your privilege for the good of others, not just yourself.”

Diaz partnered with Latinos Unidos, the Latin American student-led club on campus, to host Fund Fiesta Boricua. Catered by local Puerto Rican restaurant La Isla, the event gathered SPU students and staff in the Student Union Building to learn about Puerto Rican culture while raising funds for hurricane relief efforts. Reggaeton, a style of music originating in Puerto Rico, played in the background while attendees ate and learned about Puerto Rico and its culture.

“…I’m a firm believer in using your privilege for the good of others, not just yourself.” —Andrea Diaz

“Many people don’t recognize that Latin culture is diverse and varied, rather than homogenous,” said Diaz. “This event was also a chance to educate and share.”

Diaz, who is double-majoring in criminal justice along with social justice and cultural studies, said it showed her that SPU students live out service to the less privileged.

“To me, the money we raised shows that at SPU we have each other’s backs.”

This story originally appeared on page 11 of the autumn 2018 issue of Response with the headline, “Student takes hurricane relief personally.” 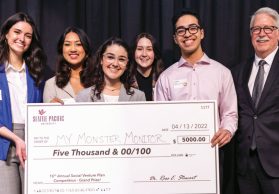 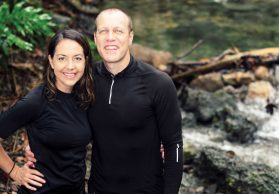 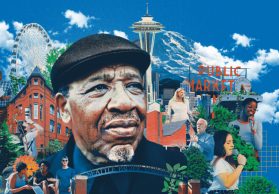