Ben Madlena grew up playing Xbox. Now, the ’19 grad will get paid to work on the games. Like many young men his age, Ben Madlena grew up playing Xbox video games. Starting this summer, he will work for the company that creates the games.

The 22-year-old, originally from Tacoma, Wash., secured the position of quality analyst in the Xbox division of Microsoft even before he graduated in June with a degree in business administration.

While Madlena credits some of SPU’s programs for helping him land the job, SPU faculty recognized something special in him right from the get-go.

The 22-year-old, originally from Tacoma, Washington, secured the position of quality analyst in the Xbox division of Microsoft even before he graduated in June with a degree in business administration.

“He stood out, and he was really focused,” said Don Lee, associate professor of management.

In one of Lee’s classes, Madlena veered off-syllabus and tailored a final paper to the job at Xbox.

“He wants to serve the world and be a part of God’s kingdom, and I’m just so happy for him,” Lee said. “Twenty or 30 years from now, I’m sure I’ll be so proud that I had the opportunity to be a part of his career path.”

Madlena transferred to SPU after a year of community college, eager to study at a school near plenty of tech companies.

“One of the biggest things for me choosing SPU was just how much they worked with me,” he said. “I wanted to be in Seattle and at a small school where I could actually know my professors and classmates well.” During his time at SPU, Madlena worked full-time at a hotel before becoming a resident assistant at the University and working at the CIS help desk. Between classes and job responsibilities, he also found time to pay Mark Oppenlander, director of SPU’s Center for Applied Learning, a few visits. Oppenlander connected Madlena with professionals in SPU’s job shadowing and mentoring programs.

“The mentor program is huge,” Madlena said. “I think that’s the coolest thing SPU does for their students.”

“Ben came to me multiple times, not just for connections but for advice on how best to work with professionals in the community,” Oppenlander said. “He was very intent on figuring out ‘How can I maximize these experiences?’ I thought that he had a very good approach.”

“The mentor program is huge,” Madlena said. “I think that’s the coolest thing SPU does for their students.”

While a student, Madlena interned as a data analyst at Amplify Consulting Partners Inc., and Oppenlander coordinated job shadow visits at Expedia and Microsoft. Madlena visited the Microsoft campus in mid-February 2019, where he met with Xbox employee and SPU graduate Matt Kesselring ’09.

“I got to meet a few people on his team,” Madlena said. “I got to see around on campus and it made me think, ‘Yeah, I really want to work here.’” Madlena has always wanted to work at Microsoft. For one thing, he was attracted to Microsoft’s commitment to helping people; the company matches its employees’ charitable and nonprofit donations, for example.

“My employer cares so much about helping people and helping communities — I thought that was totally ridiculously cool,” he said.

Madlena’s role as a quality analyst at Xbox means he will coordinate between developers, game testers, and gamers to work through any technical issues the game has. He might get to test out the games, too.

He’s crossing his fingers, hoping he’ll get to work on one of his favorite video games: Halo.

“That’s one of the reasons why I love Xbox,” he said. “Down the road, I hope I get assigned to a Halo game.” 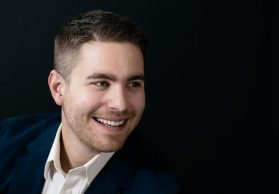 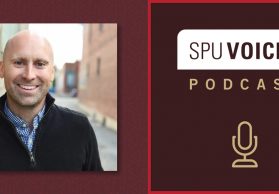 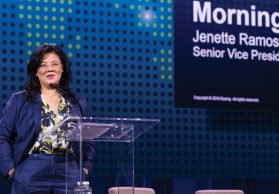