Now that their first feature film has released, budding filmmakers Zeek Earl ’10 and Chris Caldwell ’09 are looking ahead to a big-screen future. And so far, the reviews are encouraging.

Working with fellow SPU alumni Brice Budke ’10 (who produced the film) and Chris’ younger brother Daniel Caldwell ’12 (who wrote the musical score), the team brought together an energetic collection of SPU friends and aspiring creatives to make Prospect, a low-budget sci-fi film with Western themes that features a young woman and her father on a quest for wealth on an inhospitable planet. It is, in effect, a gold rush story in the stars — but with a local twist.

Filmed on location on the Olympic Peninsula, the film takes what film reviewer and SPU Assistant Professor of English and Writing Jeffrey Overstreet calls a “steam-punky” approach to the genre, favoring detailed, handmade sets and costumes over pricier CGI effects.

“Like the visuals, the casual, lived-in approach to world building creates the sense of an entire universe lurking just beyond the edges of the frame,” wrote reviewer Bryan Bishop in The Verge.

Of course, that’s easier said than done. For seven months, Earl and his crew rented a former boatbuilding warehouse in Seattle’s Fremont district to meticulously hand-create and assemble all their intricate props.

Their efforts did not go unnoticed. Cary Darling of the Houston Chronicle wrote that “the defiantly lo-fi Prospect is a smartly entertaining throwback that doesn’t need a Marvel movie’s worth of CGI to make its point.”

“It was kind of a wild experiment,” explained Earl. “We had a very low budget, and we wanted to make an original universe. Every object in that universe had to be original. So we hired all our friends to make spacesuits and spaceships.”

“One of the main challenges was the fact that we were trying to record a lot of dialogue inside enclosed space helmets.”
— Chris Caldwell

And while those months of painstaking preparation contributed to the movie’s success, making costumes was only the beginning. Filming in remote areas of the Hoh Rainforest gave Earl and his crew plenty of chances to improvise, and Chris Caldwell was in the middle of it all.

“One of the main challenges was the fact that we were trying to record a lot of dialogue inside enclosed space helmets,” he said.

The rainforest environment meant that the inside of the visors would fog up whenever someone spoke a line.

“Each time we would call, ‘Cut!’ five people would rush in, pop off the visors, get the fog treated, and clean everything up,” Chris Caldwell said.

Overstreet was taken by what he called “the film’s wonderfully realized world, and its go-for-broke efficiency, making the most of every moment, every prop, every ray of light, and every leaf and caterpillar in the forest.” He is also impressed by the team’s business savvy, honed by several years of experience in local commercial video production through their company, Shep Films.

The team got its start in video production making commercials for Seattle-area organizations including Microsoft, the Seahawks, and Klondike Bars. The group’s production skills are evident in this project, Overstreet said.

“Most filmmakers in their first effort, what they have is a script,” he said. “These guys are already very accomplished behind a camera. They brought to the project more experience on multiple levels than most first filmmakers do. They’re very, very resourceful.”

And their success didn’t come down the typical path of specialized or technical training. Both Chris Caldwell and Earl studied liberal arts at SPU.

Following a limited theatrical release, Prospect will soon be available online and on DVD and Blu-ray.

“My trajectory in college was very much focused on literature and writing,” Chris Caldwell said — and it’s paid off. “In terms of a career as a filmmaker, I’m very appreciative of that strong foundation in literature, story, and writing that I cultivated at SPU.”

But they graduated right into the middle of a recession, without many job opportunities.

“The production company emerged organically out of trying to make work for ourselves,” Chris Caldwell said.

Rounding out the team, Budke studied economics at SPU, and said that his trajectory from college to career shows “a direct connection, in that I mostly deal with numbers.” Meanwhile, Daniel Caldwell began scoring accompaniments for his older brother’s commercials even before graduating from his SPU music program. The four SPU graduates have combined their skills with a determination to succeed.

“That’s not the flashy headline, but 90 percent of this job is business,” Overstreet said. “The vision is just a part of it. Once they got the funding, then they could go to work.”

The team is not slowing down. Following a limited theatrical release, Prospect will soon be available online and on DVD and Blu-ray. And with characteristic hustle, the team is in the process of writing a pilot for an Amazon Studios series based in the world they created for Prospect. They’re developing another feature film that takes place in the near future, capitalizing on the current popularity of science fiction. And, of course, they keep producing commercials for local companies.

“Doing your first feature film allows you to be seriously considered for other projects,” said Budke. “We’ve been let into the room.” 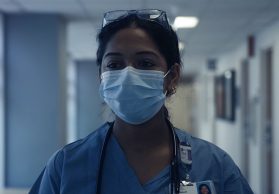 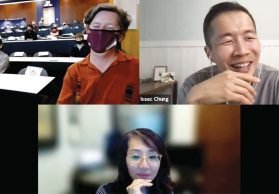 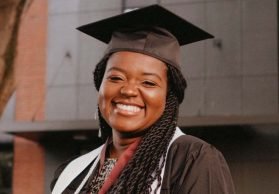 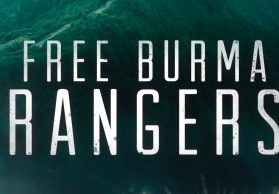