Today, after studying theatre at Seattle Pacific, he lives his dream as co-director of the Roosevelt High School Theatre Department in Seattle, one of the premier high school theatre departments on the West Coast and, arguably, in the nation.

Stuart and his co-director Katie Greve took on the role in 2015 when legendary Roosevelt theatre director Ruben Van Kempen retired after an unprecedented 37 years. Nationally recognized, Van Kempen left open one of the most competitive theatre education positions in the state.

Stuart met Van Kempen in 2006 on SPU’s campus, when he appeared in an SPU musical guest-directed by Van Kempen. He went on to complete his student teaching requirement with Van Kempen. “The SPU Theatre Department is really dedicated to people pursuing theatre education,” said Stuart. “Both the School of Education and the Theatre Department supported me in taking many different theatre classes that helped prepare me for this position.”

After earning his bachelor’s degree, Stuart began his master’s of education degree in literacy at Seattle Pacific. During this time, he became a familiar face at Roosevelt, guest directing and substitute teaching. “Ben is energetic and engaging, and the students responded wonderfully,” said Van Kempen. “The world of theatre is very taxing, and I knew he wasn’t afraid to take risks and spend extra time getting the job done.” Stuart went on to expand and direct theatre at Seattle’s Aki Kurose Middle School before returning to Roosevelt as co-director. 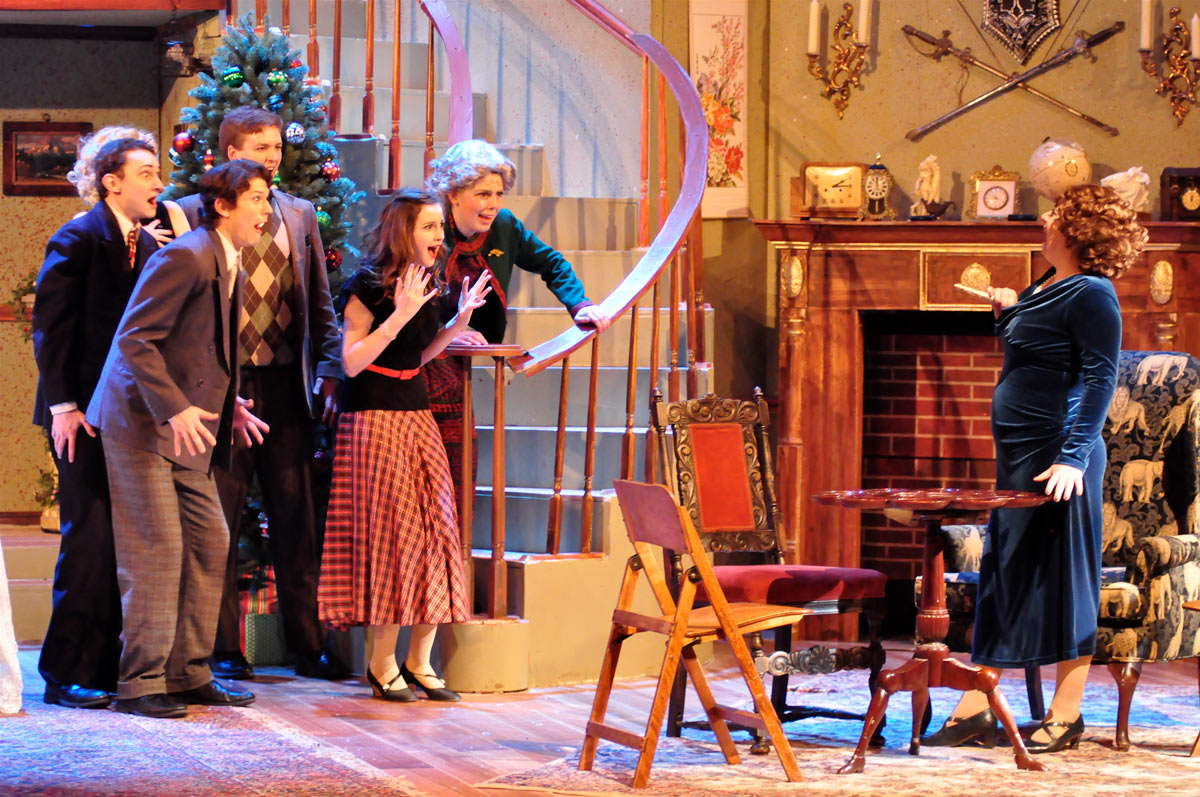 Last year, two of his Roosevelt productions — The Game’s Afoot and The Grapes of Wrath — received Double Superior honors at the Washington State Thespian Festival, and he was elected to serve on the Educational Theatre Association national board. This year, Stuart’s students returned to the festival, claiming the overall Best of Fest trophy and receiving honors for individual performances.

Roosevelt is no stranger to state awards — the school has received the Best of Fest honor four times and has been invited to perform at the International Festival and Edinburgh Fringe Festival. 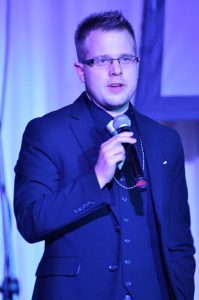 But Stuart describes the 2017–18 academic year as “the best year yet,” as Roosevelt theatre students took on new responsibilities, self-producing 10 one-act plays in Roosevelt’s 62nd annual Dramafest festival. Stuart and Grieve also led the students in producing the rock musical Spring Awakening and an innovative production of Our Town.

One of Stuart’s senior students, Hannah Stubbert, is following in his footsteps, attending Seattle Pacific in the fall. Her sights are set on a theatre education major, costuming minor, and career as a high school theatre director. “He’s awesome as a director,” she says. “He is great at thinking through shows and communicating instructions, but also gives us room to interpret and bring in our own directions and voices.”

“I love acting, but as a teacher, you can really help a lot of people.”

“I love acting, but as a teacher, you can really help a lot of people,” Stubbert says. “You can connect with students and change lives.”

Roosevelt students historically go on to pursue professional theatre careers, attend prestigious universities, perform on Broadway, and work as directors and producers. But no matter where his students’ careers take them, Stuart believes theatre builds an invaluable foundation. “Theatre teaches communication, collaboration, creativity, and critical thinking,” he says. “Most importantly, we get to share human experiences with each other and audiences as we create new worlds that make sense of our own.” 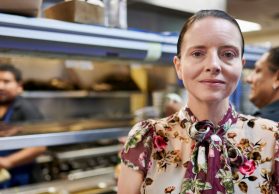 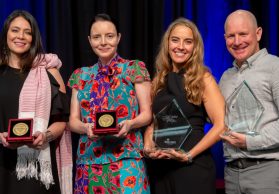