New editor James K.A. Smith to explore mystery in the arts through Image

When Image journal announced its new editor in chief, James K.A. Smith, not everyone applauded.

“That’s a bit of head-scratcher, to be honest,” wrote Micah Mattix, contributing editor for The Weekly Standard and an associate professor of English at Regent College.

Smith is, after all, a professor of philosophy at Calvin College, where he holds the Gary and Henrietta Byker Chair in Applied Reformed Theology and Worldview. Image, by contrast, is a literary journal, housed at Seattle Pacific, that seeks to promote the value of art and literature in conversation with religious traditions.

As it turns out, though, Smith is a gifted writer and editor who is passionate about championing the arts. Not yet 50, he is an award-winning author of nearly 20 books, many of which speak to the power and importance of artistic expression.

“The arts might be the way out of the morass and malaise we’re experiencing culturally,” he said. “The arts tap into the imagination in a way that can voice our laments, enliven our sympathy, perhaps even help us find a solidarity we couldn’t have imagined.”

And Smith thinks Image is an important vehicle for that message. In his initial letter to Image’s search committee, Smith wrote, “The arts are evidence of what I’ve called ‘cracks in the secular’ — the recalcitrant mystery at the heart of the human that refuses to be eviscerated. Art continues to shout Nein! to our disenchantment.”

“Image models exactly what the relationship between the church and the arts should be.”
— Karen Swallow Prior

Karen Swallow Prior, professor of English at Liberty University and author of On Reading Well: Finding the Good Life Through Great Books (Brazos, 2018), agrees.

“I’ll never forget the day a colleague came to my office bearing a copy of Image, the sort of journal I couldn’t have imagined existing during my arts-starved Christian upbringing,” she wrote in an email. “Here at last, I found, were people who understood the role that creativity plays in a robust understanding of the Christian faith and in human flourishing. Image models exactly what the relationship between the church and the arts should be.”

SPU Provost Jeff Van Duzer and Image Board of Directors Chair Crosby Haffner are eager to welcome Smith. He was chosen for the role because of “his collaborative style, his orthodox but hospitable faith, his experience promoting the necessity of beauty for Christian life, and his voracious engagement with a broad range of art forms,” Haffner said.

“His emphasis on liturgies that shape what we love has been transformative for many of us,” Van Duzer said. “When we learned that he had agreed to step into the role as editor in chief for Image, we could not have been more excited.”

Throughout his career, Smith has been devoted to literature and poetry, and interested in aesthetics and philosophy of art. One of his earliest post-grad projects was translating to English a French book on philosophy and aesthetics for Stanford University Press. For nearly 15 years, he has taught philosophy of art at Calvin. Smith has written extensively on poetry, fiction, film, and painting. He has even published some of his own poetry.

Smith, who calls himself a “devotee of magazines,” has for the past six years served as editor of Comment, a magazine aimed at highlighting the social institutions under-girding North American life.

“I have long felt that magazines and journals are a unique cultural force,” he said. “When some folks approached me about the possibility of the Image post, I was immediately intrigued.”

Smith brings to his new role enthusiasm for the arts and “the unique way that literature and art pull us into the stretching messiness of mystery,” he said. He also brings editorial experience to push Image toward a collaborative, team-based model.

“The arts tap into the imagination in a way that can voice our laments, enliven our sympathy, perhaps even help us find a solidarity we couldn’t have imagined.”
— James K.A. Smith

“The journal will flourish to the extent that we empower these remarkable people and unleash them to do good work,” Smith said.

Smith intends to stay true to Image’s arts focus — publishing both art and commentary about art — while shifting the feel of the journal.

“I hope the future of Image, while building on its legacy, will also feel more expansive, more experimental, with a broader range of voices and creative forces,” he said. “Image should be home to … writers and artists who receive tradition as a launch pad, not a safety net.”

Smith also hopes to double the number of subscriptions, a feat he accomplished at Comment.

Besides fresh eyes and abundant talent, Smith said he hopes he brings to the table “catholic, ecumenical enthusiasm” for a range of writing genres.

“I’m fascinated by so many things. I’m always editing, so to speak, and always cooking up ideas,” he said. “I’m happy to work the next few years to show Mattix he need not be concerned.”

This article originally appeared in the spring 2019 issue of Response with the headline, “New Image editor shepherds the ‘stretching messiness of mystery.'” 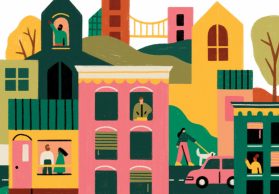 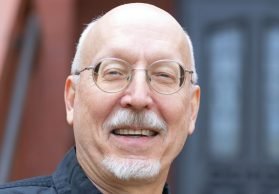 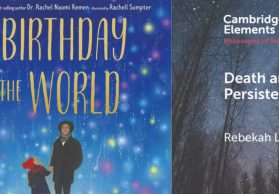