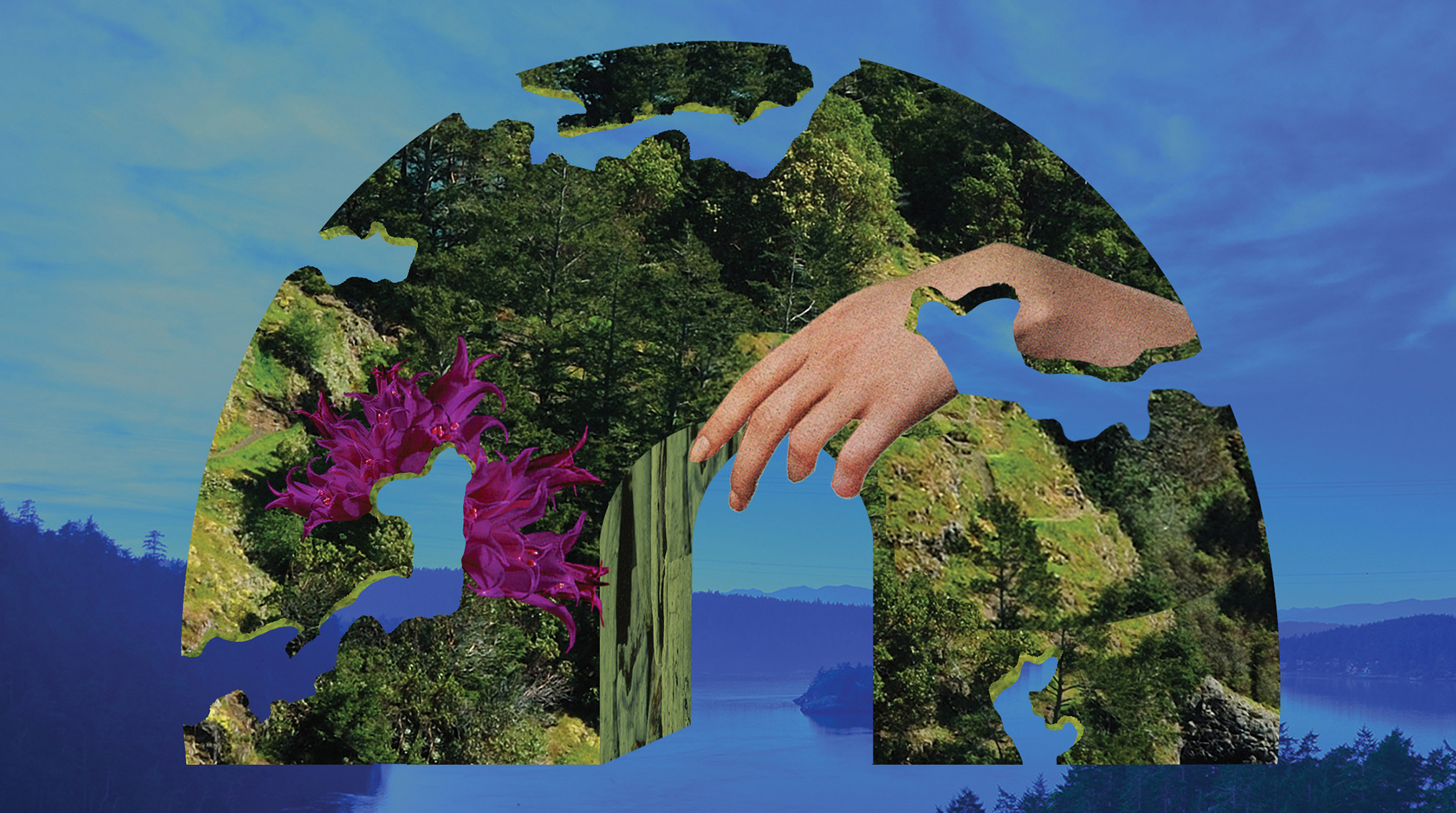 Anne Doe Overstreet was born into books and stories.

Poetry, she discovered, suits her mind best — a poem is short, dense, and pushes against established limitations. And nowhere is her ability to both open her mind and find poetic focus more enhanced than in a place where she can “move outside into sky and weather and waves.”

“I need somewhere I can savor the mystery found in the middle of the dark woods,” said Doe Overstreet, a 2016 alumna of Seattle Pacific’s low-residency MFA program. She likes to track the mysterious in locations like Seattle Pacific University’s Camp Casey Conference Center on Whidbey Island, the site of the program’s biannual 10-day residencies.

The cultivation of reading and writing as spiritual disciplines is at the heart of SPU’s MFA in Creative Writing and its residencies, and many participants find that best happens in nature.

For Doe Overstreet, the Casey experience is integral to the program’s allure. “The created world both stills and stirs my thoughts,” she said. “The particular physical setting of Casey — island weather and the restless Puget Sound and its birds — contributes something extra to the experience. It lacks the distraction of a city, making the residency feel more intimate.”

“The particular physical setting of Casey — island weather and the restless Puget Sound and its birds — contributes something extra to the experience.” —Anne Doe Overstreet

MFA students have found a “way of knowing” through the literary rigor of the popular program and the depths of creative writing it elicits, said program director Scott Cairns. “I’m sure that I’m affected by what I call the landscape of my imagination,” noted the author of eight poetry collections, “the low clouds, mists, evergreen-haunted Puget Sound in which I lived for the first 22 years of my life.”

MFA poetry mentor Robert Cording, when writing his own poetry, looks for those moments “when the ordinary tips into the extraordinary.” Such moments are often found in creation, said Cording, who chaired creative writing at Massachusetts’ College of the Holy Cross, “because the natural world has an amplitude in which the ordinary world — say the feathers of a cardinal’s crown, or the elaborate, extended song of a mockingbird — seem in excess of what is required for biological survival.”

Doe Overstreet notes that walking is important to her writing process. The Camp Casey residencies afforded ample trails, beach front, and forested bluffs in which to clear her head of distractions and enter a state of receptive listening. She took notes of cloud types, tide levels, barnacle distribution by day, and stargazing by night. Several walks along Whidbey’s coastline inspired lines from her poem “Postcard 6 x 8.”

“…the natural world has an amplitude in which the ordinary world — say the feathers of a cardinal’s crown, or the elaborate, extended song of a mockingbird — seem in excess of what is required for biological survival.” —program director Scott Cairns

The Arizona desert has been 2016 MFA graduate Bob Denst’s landscape for the past 30 years. The retired Tucson Fire Department veteran calls the desert a place of escape and personal refinement. A number of his poems wrestle with the severity and beauty of the desert. His MFA thesis is titled “Waiting for Rain.”

Denst wrote the poem “Spooky Action at a Distance” about missing his wife while on residency.

“Some of my best work came from the residency on Whidbey,” said Denst, who is also a photographer. He was drawn to the natural wonders and contrasting climate of Casey, a place “where a writer’s faith would find welcome.”

“Coming from the desert, Whidbey Island and Camp Casey were a balm for my soul and a place where I felt privileged to soak in the beauty of God’s creation in a sometimes chilly and cloudy March,” Denst said. “I had opportunities to walk along the shore and take photographs, often of the collected driftwood, and it felt like a spiritual exercise in observation as well as an aesthetic one.” 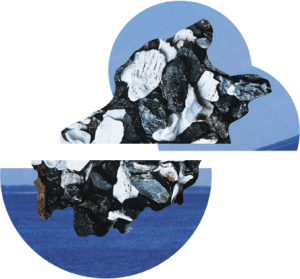 Here on Patmos, I pick my cautious way
through fractured shells, through agates slick
as yolk with kelp. I stop and find my balance
by the simple act of fixing an eye
on the horizon. 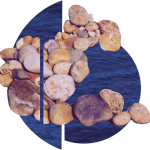 Excerpt from “Spooky Action at a Distance”

Gray stone, an egg on the shore
shifted by a chill March tide.
Across the sound another stone,
just as gray, turns a different way.
I count and name the states and days
between us and listen
to the chatter of stones
slowly speaking themselves
into sand.
Tonight you will not wake, but stir
in bed while I, equally entangled,
unaware, turn
the other way. 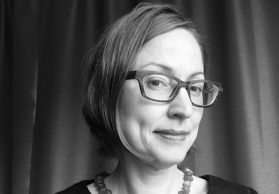 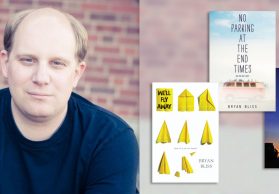