As Beth Thompson Kawasaki ’81 thinks back over her career, one of her favorite projects is a TV ad from her days at Levi Strauss & Co.

Directed by Spike Lee, it’s part of a 1991 series for Levi’s 501 jeans and features the iconic fish toss at Seattle’s Pike Place Market.

Ten years after graduating from what is now Seattle Pacific’s School of Business, Government, and Economics, Beth’s work history included industry titans Procter & Gamble Co., Apple Inc., and Levi’s. Then, just after that Levi’s ad ran, her first son was born and she paused her career.

Fast forward to February 2015: Beth was meeting with four friends. One had recently returned to work, and everyone was full of questions about how she had transitioned back to the workforce.

Their children were in high school and college, and Beth and her friends wanted to return to work. But they didn’t know current software and technologies. They didn’t have LinkedIn pages. They hadn’t networked on social media before.

They were not alone. According to research published in 2015 by Lisen Stromberg, 72 percent of college-educated and highly successful women pause or downshift their careers after having children and 89 percent of them relaunch careers. Stromberg is the author of Work, Pause, Thrive: How to Pause for Parenthood Without Killing Your Career (BenBella, 2017) and an adviser to ReBoot Accel.

While the re-entry problem is complex, one problem Beth identified is that women and men who leave the workforce often need to update social media skills and personal brands, and master technologies that developed while they were away. ReBoot Accel, the organization Beth co-founded, aims to help people relaunch by providing these skills along with job connections.

“Women have a different career path than the traditional linear march up the ladder,” says Stromberg.

Six weeks after that coffee-shop conversation, the women launched their first career accelerator event. “We had so many networks from our past lives,” says Beth, Seattle Pacific’s 2018 Alumna of the Year. “We could call experts to the mission very quickly.”

In the past three years, more than 1,000 people have participated in ReBoot Accel programs across the country. Classes and workshops equip returners with technology, social media, and other high-demand career skills needed in the work world. More than 80 percent of participants seeking work have been hired, started businesses, or assumed new leadership roles within six months.

During her first years as a mother, Beth met regularly with a mentor from church, coaching industry veteran Ginny Ellis. Ginny encouraged her to pursue seminary.

Seattle Pacific’s Emeritus Professor of Educational Ministry Ed Smyth had shaped Beth’s faith, encouraging her to put faith in action. “He invited me to study and savor Scripture — to love, and not fear, the questions that arise,” she says.

Beth also thought of her mother, whose nursing career supported their family of five when her father was diagnosed with cancer. She realized that, for the many examples of strong women in her life, not many of them held church leadership positions. Few women were church elders or senior pastors.

“I see women rising in other parts of my life,” Beth remembers thinking, “and I’m yearning for the stories from my faith. Where are they?”

So Beth, who by now had four children, enrolled part time at Fuller Theological Seminary to pursue a master’s degree in theology and gender equality. For her final project, she traveled to Ethiopia in 2007 to study an initiative partnered with her church.

In Ethiopia, she met women from many faith backgrounds involved in a microenterprise cooperative. With literacy training and business education, the group had grown to 3,000 people who had started hundreds of businesses, developing new ways to contribute economically to their families and have voice and influence in their communities. Those women affirmed Beth’s belief in the theological concept of the imago Dei — the idea that humans are created in God’s image — and led her to explore ways that belief could translate to equality between genders, economic classes, and age groups.

Made in God’s image

The imago Dei concept reminds Beth that the entrepreneurs she met in Ethiopia and those she knows in Silicon Valley are all made in God’s image. She reminds herself of this truth about mothers rejoining the workforce or staying at home, friends who do and don’t attend church, and people whose political beliefs are the same or radically different from hers. Every person is made in the image of God.

“It is foundational to what I do and how I see the world,” she says. “Every single one of us was created in the image of God. We cannot walk away from that, because God never walks away from us.”

When not at work, she is often at the beach, cheering on her two youngest children in surfing competitions. Her husband, Guy, is usually at her side. The two met at Apple, and he has an active tech career. He is an involved father, and Beth says their partnership and mutual support has been key to their success.

“Beth is a very strong leader,” says Jeannie Cole, who started a freelancing business after the birth of her second child. Through an internship at ReBoot Accel, Jeannie honed digital and content marketing skills.

Reboot Accel is “a community of people who don’t want to waste time worrying about being good enough,” Jeannie says. “They’d rather take all their strength out into the world to do great things.” 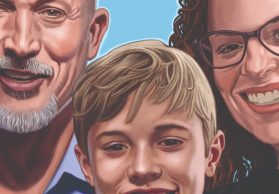 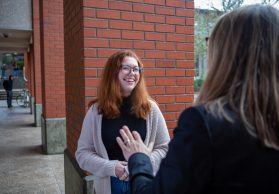 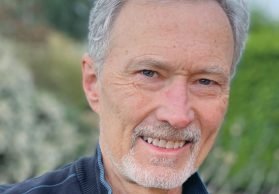