Joseph Pham: Inspired to a life of service

The lunchtime chatter in Seattle Pacific’s Student Union Building quiets as Joseph Pham blows into a pitch pipe. Suddenly, the room is filled with the harmonies and vocal percussion of the undergrads who form SPU’s a cappella group, Cry of the Falcon.

It’s an ensemble Joseph founded last year. “I love many kinds of music, but I primarily like to perform jazz, barbershop, pop, choral, and recently, gospel,” he said. He hopes the group will continue long after he graduates this June with a biochemistry degree.

The skills he’s learned from leading a group that succeeds when perfectly attuned to one another — careful interaction, close collaboration, good listening — will likely serve Joseph well as he pursues a medical career. “I hope to be a humble, empathetic doctor and promote patient-centered care,” he said, a dream born in part by his childhood experiences of serving as a translator for his Vietnamese mother and grandparents at doctor visits.

“Growing up in Boise, Idaho, there was a deficit of resources for Vietnamese people,” Joseph said. “As many first-generation students feel called to do, I hope to bridge this gap.” Despite the miles separating them, Joseph remains close with his parents, Peter and Loan, and younger brother Jacob. He often calls each of them three times daily: “It keeps me feeling like I’m right there.” But that hasn’t stopped him from jumping into SPU life and form- ing deep ties in Seattle.

In addition to his musical pursuits, he’s volunteered at Seattle’s Bailey-Boushay House and Swedish Medical Center, served as a leader for SPU’s Minority Association of Pre-Health Students and the Pre-Professional Health Students club, and is active with Centurions, a men’s service club founded in 1959 by former professor Roy Swanstrom. Joseph receives a scholarship funded by the Swanstrom endowment. “Dr. Swanstrom was such a pivotal figure for many of the men I’ve interacted with and an example of faith,” he said. “I am both honored and inspired to live a life of service as Dr. Swanstrom did. “Receiving a scholarship in his name not only gives me the monetary means to pursue my studies, but it motivates me and is a constant reminder for me to pursue a life beyond myself. I hear of Dr. Swanstrom’s work, and I think, ‘That is a man for Christ.’ I hope that can be me someday.”

Joseph is especially close with many of his science professors at SPU: “It is more than just developing a relationship for a letter of recommendation — quite the opposite. I feel like I need to write one for each of them! My biggest fear is disappointing them. They make students see their potential. I’ve been able to talk to them about stresses and family struggles, and I felt heard and genuinely cared for.”

Joseph even found an advocate in SPU’s president. “President Martin connected me with physicians to shadow, is an advocate for Centurions, and has been a great supporter of my a cappella group,” he said.

After graduation, Joseph plans to move back to Boise and work as a medical scribe while studying for the MCAT and applying to medical schools.

While he’s not completely certain how his future will unfold, he is sure of one thing: “My time at SPU has taught me that life is not about me. Everything we do is pointless if it is not for a greater purpose. I’ve been challenged here to learn about my faith to understand and defend what I believe. It has been a huge blessing and a source of peace in my life.” 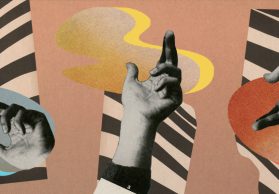 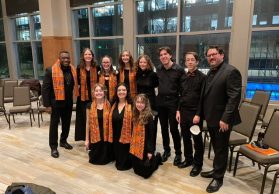 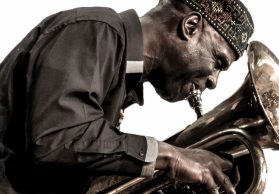