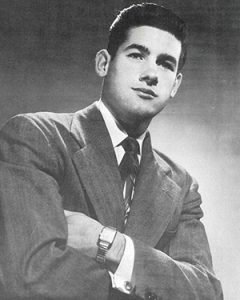 After returning to SPC for a master’s degree in education, Magee became a teacher, guidance counselor, and basketball coach at Foster High School in South Seattle and at R.A. Long High School in Longview, Washington. During the summer, he worked for the Fellowship of Christian Athletes, served as camp director at Mt. Adams Leadership Camp, and was a regular member of the coaching collegium for Bob Houbreg’s Basketball Camp at Camp Casey.

In 1979, Magee retired from public education. Six years later, he returned to SPU as the University’s alumni director, successfully eliciting donations for significant University projects including the addition of the Bach Theatre to the McKinley Auditorium. Magee later became a family crisis counselor with Catholic Community Services.

Although Magee wore many hats during his working life, everyone knew him as “Coach.” His life mottoes included, “Whatever you do, do it with enthusiasm” and “Capture the moment!” He was also an avid outdoorsman — mountain climbing, camping, boating, and fishing. 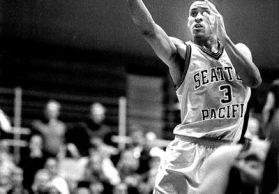