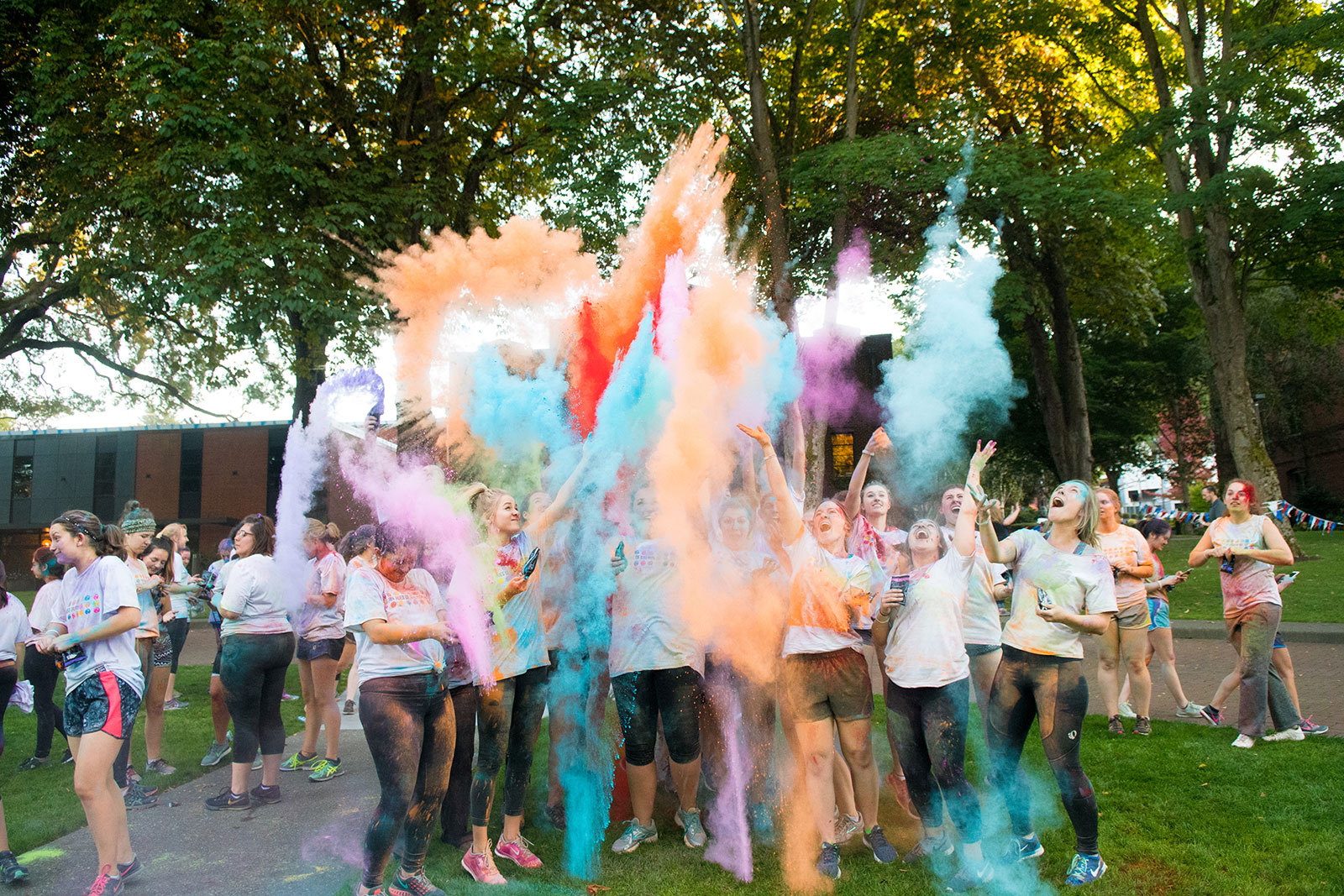 Bring a white T-shirt and prepare to get covered in bright explosions of colorful paint. Here are some of senior Chris Yang’s photos from the annual Hues of SPU run.

The Hues of SPU is put on each year by SPU Intramurals, which offers a variety of competitive and recreational activities throughout the year. Some of the 2018 winter sports include basketball, soccer, dodgeball, volleyball, and yoga, with Ultimate Frisbee and Spikeball added in the spring.

While still a student at Seattle Pacific, recent graduate Alec Whitmore directed this video as a preview of what runners can expect at the Hues of SPU.

Filmed in SPU’s Tiffany Loop — where the race begins and ends — Alec’s video shows the colorful paint powder that runners will be coated in by the end of the day. And, yes. That is SPU President Dan Martin getting covered in red, orange, and purple paint.

The video also features a number of student leaders, including resident advisors, members of the student government officer core, and staff such as Whitney Broetje, director of the Office of Student Involvement and Leadership, and Susan Okamoto-Lane, dean of Multi-ethnic and Wellness Programs.

For the record, the paint used in the Hues of SPU run is completely nontoxic, so you don’t have to worry about accidentally getting some in your mouth. Though, we were definitely a bit concerned about getting paint on our camera when we filmed this 360 video of the end-of-race paint toss. (If you have a VR headset, use it to watch the 360 video. It’s almost like standing in the middle of the actual paint toss, but with no risk of getting powder all over your clothes.)

Luckily, our camera survived, and President Martin’s glasses made it out unscathed. Now, if you’ll excuse me … I need to figure out where we can get one of those polar bear beanies for next year’s run.