Emerson’s annual Coffeehouse was originally called “Marston Mike” when it was established in 1991 as an open mic event for student musicians by the students who lived in Marston-Watson. It was renamed “Coffeehouse” when Marston-Watson students moved to Emerson in the fall of 2001.

How much do you know about some SPU residence hall traditions?

1. Which residence hall started hosting “Decade Skate” in 1989, originally called “’70s Skate Night,” where students dressed up in 1970s fashions and
went roller skating at a local rink, with awards given for best costumes?

2. The annual Toilet Bowl contest was held between which two residence halls from 1995 to 2001? This once-a-year broomball game (sometimes held on ice) required the losing residence hall to display a toilet in their hall lobby until the next year’s competition.

Email your answers and any memories of these or other hall traditions to response@spu.edu by Feb. 1, 2021. If you answer all three questions correctly, we’ll enter your name into a drawing to win an SPU sweatshirt.

We didn’t intend to perplex everyone in our spring issue by asking what year the Girls’ Hall, also known as the “Young Ladies’ Hall,” was completed. SPU had several buildings whose primary purpose at one time was to be a residence hall for women.

The question was too vague, so we threw it out and drew a name from among all who correctly answered the rest of our quiz. Congratulations to GALE H. KENNEY ’71, who won an SPU sweatshirt.

The other correct answers:

The first issue of the University’s newspaper, The Falcon, was published in 1934. 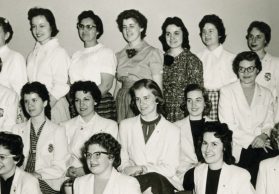 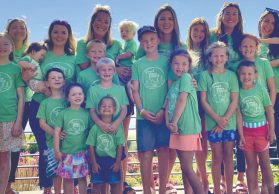 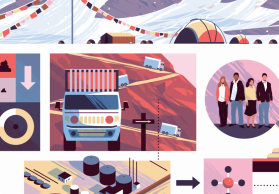