For Philip Jacobs, success comes down to relationships.

Jacobs’ motivation to create and make authentic connections is apparent through his personal and professional life. The ’08 alumnus wanted to seize opportunities as soon as he walked off campus with his diploma.

“I believe in the Scripture that says, ‘the Lord orders a man’s steps,’” he said. “Every single step in my life has been ordered. I know what I want and I’ve gone after it.”

The SPU alumnus and 2019 Medallion Award winner is a leadership speaker, hip-hop artist, consultant, father, and founder of the R.E.B.E.L (Redeemed Entirely by Elohim’s Love) firm. Today, Jacobs is a consultant and project manager at Greatheart Consulting, a leadership development company active across the U.S. and internationally. There, he develops business solutions for companies interested in increasing workplace diversity and inclusion.

“Every single step in my life has been ordered. I know what I want and I’ve gone after it.” –Philip Jacobs

Jacobs credits his experiences, network, and relationships — with people and God — for his career advancement. Response has previously noted influencers from Jacobs’ SPU experience, who include Kenman Wong, Susan Okamoto Lane, and Karen Altus.

“Even if you get to a high level in your career on your own, it’s not sustainable,” Jacobs said. “You’re not going to be very healthy in that position.”

Susan Okamoto Lane, dean of SPU’s Multi-Ethnic and Wellness Programs, has worked with Jacobs for multiple years. He consults on MEP’s Early Connections program, which provides an orientation for incoming freshman who come from traditionally underrepresented backgrounds and offers ongoing activities for those students aimed at building community, developing leadership, and celebrating college milestones.

Jacobs has helped Okamoto Lane’s office hone its objectives and process as Seattle Pacific’s student population grows increasingly diverse. The proportion of non-white students on campus has grown steadily in recent years, and 51 percent of the incoming freshman class for 2018–2019 was composed of students from ethnic minority groups.

Jacobs brings a unique presence to consulting, Okamoto Lane said. “There’s no ego involved.” His performing persona is similar: he reads his audience, communicating with and engaging them to include those familiar with hip-hop and those who are not. 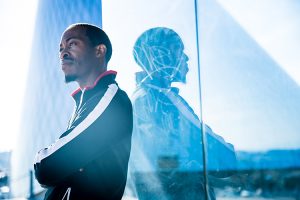 “He’s so humble and accessible. He could even address the unspoken hesitation in the room,” Okamoto Lane said. “In his introduction, in the explanation of his work and with his process, he’s been very willing to unpack that for the audience to bring them along with him.”

Hip-hop has been another major influencer on Jacobs’ life philosophy. The music genre, which combines rhythmic beats and rap to tell stories, started in the Bronx, a borough of New York City, in the 1970s in the wake of the Civil Rights movement. The genre’s organic creation and its grounding in neighborhoods and communities is still pervasive among hip-hop musicians from all backgrounds. Hip-hop has remained a tool of free expression and social unity as the U.S. continues to wrestle with systemic injustice.

“Hip-hop is culture — deeply,” Jacobs said. “It’s a way of thinking, it’s the way that you carry yourself, it’s your outlook on life. There’s a certain way that people dress, talk, and act.”

There are many expressions within hip-hop, Jacobs said, but an overarching thread is the power of relationships and how the underdog can use them to create something out of nothing.

“I very much carry that with me in any setting that I’m in,” Jacobs said.

There are many expressions within hip-hop, Jacobs said, but an overarching thread is the power of relationships and how the underdog can use them to create something out of nothing.

“You start at this level,” he said, holding his hand low to the table. “You’re trying to get here,” raising his hand near his head.

In a video Jacobs published on his YouTube channel, titled “What is a Rebel?” he explains that in order to thrive in a negative world, you have to be willing to be different.

One way Jacobs thrives is by putting family first. His relationship with his sons, Philip Jr., 6, and Johnathan, 3, is one of the most powerful influences on his career — they constantly remind him that everything he does has to count because time he spends on his career is time away from them. His main priority is supporting his family. “I have to make sure there is a return on my investment,” he said.

A shorter version of this article originally appeared on page 49 of the autumn 2018 issue of Response with the headline, “R.E.B.E.L with a vision.” Photos by Erika Schultz. 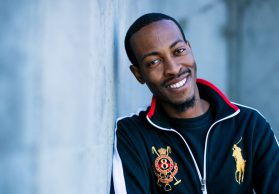 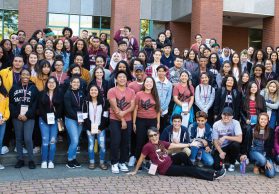 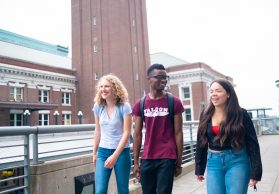 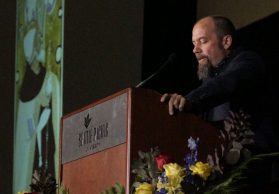 Liturgy as a Lens on Public Theology: Day of Common Learning 2019