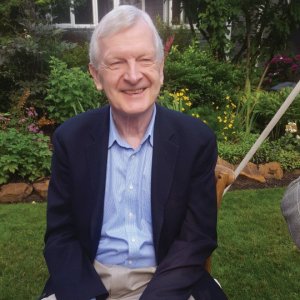 RICHARD “DICK” FREDERICK ’63 was born on Nov. 19, 1940, in Churchville, New York. In 1951, his family moved to Seattle where Dick eventually attended Lincoln High School and met his wife-to-be, Dixie Noe.

Dick and his wife raised four daughters. As a father, Dick encouraged his kids to be physically active and set a great example by running two marathons and playing in numerous team sports. Generous with his time, he was always ready for a game of chess or Ping-Pong or to help with a 5 a.m. newspaper route. He also obtained his pilot’s license and took his young daughters for rides over Puget Sound.

In the ’70s, Dick worked at the Cardio and Pulmonary Research Institute (CAPRI), directing the rehabilitation program for heart patients.

In the mid-1980s, he returned to his alma mater, serving as SPU’s Mailing Services supervisor before joining SPU’s Alumni Office as the associate director and director from 1985 to 1996.

Dick’s ability to connect with and inspire people culminated in his work as executive director for Medical Teams International. Dick led fundraising efforts, established mobile dental clinics, and accompanied donors and volunteers on worldwide relief missions to countries such as Uganda, Romania, and Mali.

He was preceded in death by Dixie, his wife of nearly 60 years, and brother WILLIAM FREDERICK ’58. Dick is survived by his daughters, Kim Frederick, Wendy Smith, BRIGETTE FREDERICK HENDRIX ’88, and Brenda Toberman; his brother ROBERT FREDERICK ’60; sister, Mary Sanborn; five grandchildren and a great-granddaughter.

Photo from the Frederick family 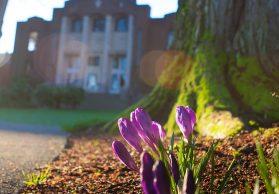