MIKE BREN ’68, the former mayor of Grandview, Washington, and his wife, CAROLYN MARTINSON BREN ’68, celebrated their 50th wedding anniversary in Hawaii on August 19, 2017. Mike has made a career in the insurance industry, including work with Safeco Insurance and New York Life Insurance Company. Carolyn has taught elementary school and English as a Second Language. They have three children and four grandchildren and live in Grandview.

ART LINDSLEY ’69 is vice president of theological initiatives at the Institute for Faith, Work & Economics. He joined the C.S. Lewis Institute as president in 1987 and remains a senior fellow there. Prior to that, he was director of educational ministries at the Ligonier Valley Study Center and staff specialist with the Coalition for Christian Outreach in Pittsburgh, Pennsylvania.

He is an editor of and contributing author to IFWE’s Counting the Cost: Christian Perspectives on Capitalism (Abilene Christian University Press, 2017), and For the Least of These: A Biblical Answer to Poverty (Zondervan, 2015). He is also the author of C.S. Lewis’s Case for Christ: Insights from Reason, Imagination, and Faith (InterVarsity, 2005). He is co-author with R.C. Sproul and John Gerstner of Classical Apologetics, and he often writes articles on theology, apologetics, C.S. Lewis, and the lives of many other authors and teachers. The SPU chemistry major holds a master’s degree in divinity from Pittsburgh Theological Seminary and a doctorate of philosophy in religious studies from the University of Pittsburgh. Rev. Dr. Lindsley, his wife Connie, and their two boys, Trey and Jonathan, make their home in Arlington, Virginia.

ROBERT MILLER ’70 is a psychotherapist in private practice who specializes in diagnosing and treating ADHD and other disruptive behavior disorders, anxiety disorders, Autism Spectrum Disorder, depression, marital conflict, and stress due to life transitions. He has had a private mental health counseling practice since 2001. For five years, he served as the project director with the Ascellon Corporation in Maryland, which has a contract with the Centers for Medicare and Medicaid to survey and evaluate the more than 500 free-standing psychiatric hospitals in the United States and Puerto Rico every three years.

A therapist with Catholic Community Services for 10 years, he was named one of SPU’s “Alumni of a Growing Vision” in 1991 in celebration of the University’s centennial year. His community leadership positions include those held for the Rural Mental Health Training Project at the University of Washington School of Social Work, United Way of Island County, Huntington’s Disease Society of America, and the Whidbey General Hospital strategic planning committee.

Robert has a master’s degree in social work from the University of Chicago and a second master’s in human resources management from Pepperdine University. He lives in Coupeville, Washington.

DAVID BOXLEY ’74, renowned Tsimshian carver of totem poles, installed his latest masterpiece last spring at the entrance to Northwest Hospital. The 27-foot red cedar pole is called “Eagle’s Spirit,” a tribute to the bravery of David’s departed sister-in-law, Cindy James, who was lovingly cared for by the hospital staff in her final stages of cancer. David Sr., whose totems grace the Smithsonian Institution and Epcot at Disney World, is teaching his carving skills to his son, David Robert, who carved many of the features on the hospital pole.

The father, despite being in almost constant demand for commissioned work, is a maintenance and repair consultant for older totem poles showing their age. He lives and carves in Lynnwood, Washington.

JUNE MITTON BREDIN ’79 is a family physician at Kittitas Valley Healthcare Family Medicine in Ellensburg, Washington, and immediate past president of the Washington Academy of Family Physicians. She has special expertise caring for adolescents and adults who have Autism Spectrum and related disorders or intellectual disabilities.

For 17 years, she was a primary care provider at Rainier School, an intermediate care facility operated by the Washington State Department of Social and Health Services. June is a 1984 graduate of the University of Washington School of Medicine and is married to DUANE BREDIN ’78. They live in Ellensburg, Washington.

TAMMIE GONZALEZ ’79 is the Boise office administrator at Stoel Rives LLP and president-elect of the Idaho chapter of the Association of Legal Administrators. Her term as president begins in April 2018. Stoel Rives is one of the largest national law firms focused on energy, natural resources, climate change, and the environment. Tammie lives in Meridian, Idaho.

MELINDA LEUTHOLD PALLOTTA ’87 is the owner and artistic director at Love Street Playhouse in Woodland, Washington. In February of 2017, she and her husband, Lou, starred in the two-person comedy, Southern Comforts, at their theatre. Melinda, who holds a bachelor’s degree in fine arts from Illinois State University, owns the theater and is also a graphic designer. Southern Comforts was the Pallottas’ first time acting together. In its 10th year, the playhouse produces four main stage shows a year and a summer youth theatre program for the community of 6,000. Melinda, who has starred as Annie Sullivan in The Miracle Worker and is a commissioner with the Clark County Arts Commission, says that owning a theatre was a dream she long held. And yes, the playhouse really is located on a street called Love. The Pallottas live in Ridgefield, Washington.

WHITNEY DEMPSEY ’90 specializes in pastoral education and interim ministry for the Presbyterian Church (USA). Ordained in 1995, he has served as interim minister for pastorates in Colorado, been an associate pastor in both Michigan and Nevada, and has worked as a trauma center chaplain. Currently, he is pastor at Georgetown Presbyterian Church and chaplain at Lutheran Collier Hospice in Wheat Ridge, Colorado.

His chaplaincy experience extends to the Association of Professional Flight Chaplains, where he has served on the APFC board. An avid runner, Whitney has completed seven marathons and enjoys skiing, fly fishing, and climbing with his family. He is a certified ski instructor and lives in Arvada, Colorado.

ERIC MORGAN ’93 graduated in May from Bethel Seminary with a master’s of divinity degree. Married to AFARIN TEHRANI MORGAN ’93, Eric is the care needs pastor at Roseville Covenant Church in Roseville, Minnesota. He is pursuing ordination in the Evangelical Covenant Church and seeking a lead pastor’s position. The Morgans have four children, the oldest of whom, Amelia, started at SPU this fall. They live in Roseville.

WENDY MOY ’99, a conductor and soprano, received third place in The American Prize in Choral Conducting, professional division, for 2016–17. The national competition recognizes and rewards commercial and noncommercial recorded performances of classical music.

Wendy is co-director of the Chorosynthesis Singers, soon to release a CD of new choral music premieres on the Centaur Records label. She is assistant professor of music and director of choral activities and music education at Connecticut College.

Wendy has a doctor of musical arts degree in choral conducting from the University of Washington and lives in New London, Connecticut.

One of the five top Carteret County school employees of the year for 2016–17, Katherine was also named Assistant Principal of the Year when she worked at Croatan High School in Newport, North Carolina. A former public school teacher, she also taught in the Department of Defense Schools in Quantico, Virginia. She holds a master’s degree in school administration and leadership from George Washington University.

DANIEL “DAN” BEUTLER ’04 is a stay-at-home dad married to U.S. Congresswoman Jaime Herrera Beutler. It was his donated kidney that saved the life of their daughter, Abigail, who was born without kidneys due to Potter syndrome. Today, she is a healthy 4-year-old. Dan, who left law school at George Washington University to care for his daughter, lives with Jaime, Abigail, and their 1-year-old son, Ethan, in Battle Ground, Washington.

KARA BAZZI MS ’04, a licensed marriage and family therapist, is owner and clinical director of Opal: Food and Body Wisdom, an eating disorder treatment center in Seattle. In 2004, she co-founded the Eating Disorder Program at SPU’s Counseling Center. As a former collegiate athlete, Kara developed Opal’s exercise and sport program, which provides eating disorder recovery with an athlete focus.

Kara also leads groups and workshops for coaches, trainers, and athletes in the community to help change the diet culture surrounding sports. Kara has been featured in magazines, podcasts, and panels for her story and her eating disorder advocacy. She lives in Seattle.

JULIA BROOKE HAAGER DEVIN ’07 is managing editor of the Journal of Women’s History and working on her doctorate in U.S. women’s history at the State University of New York at Binghamton. Her dissertation, which she expects to defend in 2018, is titled Teaching Responsible Reproduction: The Sex Education Movement, Public Schools, and Eugenics, 1900–1930. Julia holds master’s degrees in educational foundations (with a historical focus) from California State University, Los Angeles, and in history from SUNY–Binghamton. She is married to CHRISTOPHER DEVIN ’06 and lives in Vestal, New York.

ALAN ERICKSON ’14 is a first lieutenant stationed at Francis E. Warren Air Force Base in Cheyenne, Wyoming, with his wife, Sarah. He is the officer in charge of the Missile Alert Facility Feeding Operation with the 90th Force Support Squadron. He has been deployed since April serving as the manpower and personnel directorate liaison officer for U.S. Central Command.

After one year of military service, Alan has been singled out for exemplary duty performance, job knowledge, leadership qualities, teamwork ethic, and support of the community.

DANIELLE ROGLAND ’14 is a novelist at work on her second novel. Her first, Ignite (Inkitt, 2017), is set in the ruins of dystopian London; she developed it while an English major at SPU. Danielle works in customer service and marketing with Glass Eye Studio. She lives in Seattle.

KATARINA KRUEGER ’15 lived and taught high school English in Indonesia under a Fulbright grant from August 2016 to May 2017. She led an English club after school and tutored the other teachers in English, spent time with her neighbors, and learned Bahasa Indonesia (the Indonesian language). Given the current political climate in the U.S., Katarina daily exercised her skills as a cultural ambassador in conversations with students and community members. They wanted to know if, as citizens of a Muslim-majority country, they could visit the U.S. and if Americans would fear them. Katarina was happy to be a positive representative of her homeland. Her hometown is Seattle.

HANNAH SCHUERMAN ’15 was cast as Toby, the yearbook photographer, in 5th Avenue Theatre’s world premiere of Romy and Michele’s High School Reunion. Based on the 1997 cult film, the glossy and exuberant comedy musical ran June 15 to July 8 in Seattle. This is Hannah’s third major production with 5th Avenue, the theatre that launched Hairspray to Broadway. She performed in a variety of shows on the SPU stage and was a resident advisor for two years. Hannah lives and acts in Seattle.

SARA KANG ’17 serves as the Networks VISTA staff member for the National Law Center on Homeless and Poverty in Washington, D.C. Her focus is the Housing Not Handcuffs Campaign to end the criminalization of homelessness in order to seek positive solutions. A political science major who studied history and politics in Prague at Charles University, she was a legislative intern for Washington state senators Reuven Carlyle and Annette Cleveland, and a fellow at the Slade Gorton International Policy Center. Sara lives in Washington, D.C. 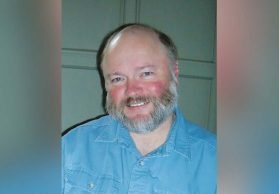