IN MARCH, President Daniel J. Martin announced he accepted a new role as division vice president of development for St. Luke’s Foundation in Houston, Texas. He was the University’s 10th president in 121 years when he joined SPU in 2012.

President Martin is known as a strategic planner, a seasoned fundraiser, and “the students’ president,” famous for remembering students by name and for his regular presence at hundreds of student events and athletic competitions each year.

Recalling the tragic campus shooting in 2014, President Martin continues to pray for those impacted by that unimaginable event. “During those days, our community came together and leaned into our faith in Christ in remarkable, supportive ways — even in the face of grief and trauma.”

President Martin’s care for the SPU community extended to the greater Seattle community as well, as evidenced in 2015, when President Martin launched the Committee on Homelessness to keep one of Seattle’s most pressing issues in front of SPU. The University welcomed Tent City 3 — a portable, self-managed community of people experiencing homelessness — to campus in 2012, in 2015, and again in 2017.

“I have great confidence in our faculty, staff, and Senior Leadership Council, and I continue to believe SPU’s best days are ahead.” — PRESIDENT DANIEL J. MARTIN

The University marked several fundraising milestones under President Martin’s leadership. SPU’s endowment grew from $42 million in 2012 to nearly $137 million by the end of 2020. SPU’s fundraising, including pledges and bequests, exceeded
$27 million in 2019 alone.

President Martin oversaw construction of a new residence hall, a state-of-the-art health sciences building, and a music performance and rehearsal studio. And President Martin led a $6 million fundraising effort to restore and retrofit the University’s oldest building, Alexander Hall. (He also championed renaming the building Alexander and Adelaide Hall, to reflect the contributions of the first president’s wife, Adelaide Beers.)

In his nine years of leadership, President Martin celebrated the University’s 125th anniversary, and he initiated and led multiple strategic planning processes to maintain excellence at SPU as well as to position the University for the future. Seattle Pacific has been ranked a “Best National University” by U.S. News & World Report for the past five years.

President Martin cultivated a strong leadership team and added a new vice president for inclusive excellence to lead the University’s diversity efforts. Throughout the course of the global pandemic, he and his Senior Leadership Council have skillfully guided SPU through the range of COVID-19 related challenges, and his work to develop his leadership team leaves the University in a strong position to move forward at this time.

“I have great confidence in our faculty, staff, and Senior Leadership Council, and I continue to believe SPU’s best days are ahead,” President Martin wrote in a letter to the Seattle Pacific community about his departure in April. President Martin’s father and his sister passed away last year, so the move allows him to be closer to his extended family at this time.

The University is grateful for President Martin’s leadership and extraordinary care for its students, faculty, staff, alumni, and friends of SPU. Those wishing to send messages to President Martin may email him at Farewell-Dan@spu.edu. 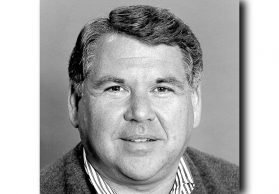 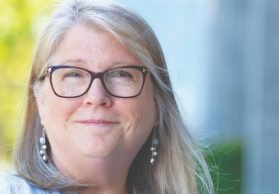