The world of athletics experienced its share of the fallout from the coronavirus’ drastic alteration of everyday life.

Seattle Pacific’s teams and the entire spectrum of college sports came to an abrupt halt as the pandemic spread across the country and around the globe.

The Falcon winter teams were among the first to be affected.

In early March, the men’s basketball squad was in La Jolla, California, for the NCAA Division II West Regional tournament. At the start of Thursday, March 12, it looked as though the tourney would go forward as scheduled. Then, it was decided the game would go forward but without fans in the arena. Mere hours later, the tournament was cancelled — along with all other NCAA winter and spring championships.

SPU track and field stars, Dania Holmberg and Peace Igbonagwam, had to return from Birmingham, Alabama, where they were set to compete at the NCAA indoor meet. The USA Gymnastics collegiate nationals also were cancelled. They had been scheduled for early April in Ithaca, New York.

The Great Northwest Athletic Conference, of which Seattle Pacific is a member, called off its entire spring sports schedule on March 16. For the Falcons, that took outdoor track and women’s rowing off the calendar.

SPU athletic director Jackson Stava acknowledged the difficulty of those decisions, particularly for a handful of seniors whose careers came to a sudden end. But he emphasized that the health and well-being of everyone, both on campus and in the wider community, was of paramount importance.

“With the current state of the COVID-19 pandemic, the cancellation of the remainder of our contests is a necessary and responsible decision,” Stava said after the GNAC’s cancellation announcement. “While the loss of games is unfortunate, and we feel deeply for the student-athletes who will miss these opportunities, this decision needed to be made.

“We are hopeful that these efforts, along with other conferences across the country doing the same, can aid in slowing the spread of this virus while keeping our constituents safe,” Stava added. 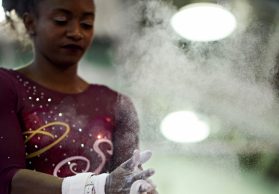