Why do communities of faith need the work of diversity? 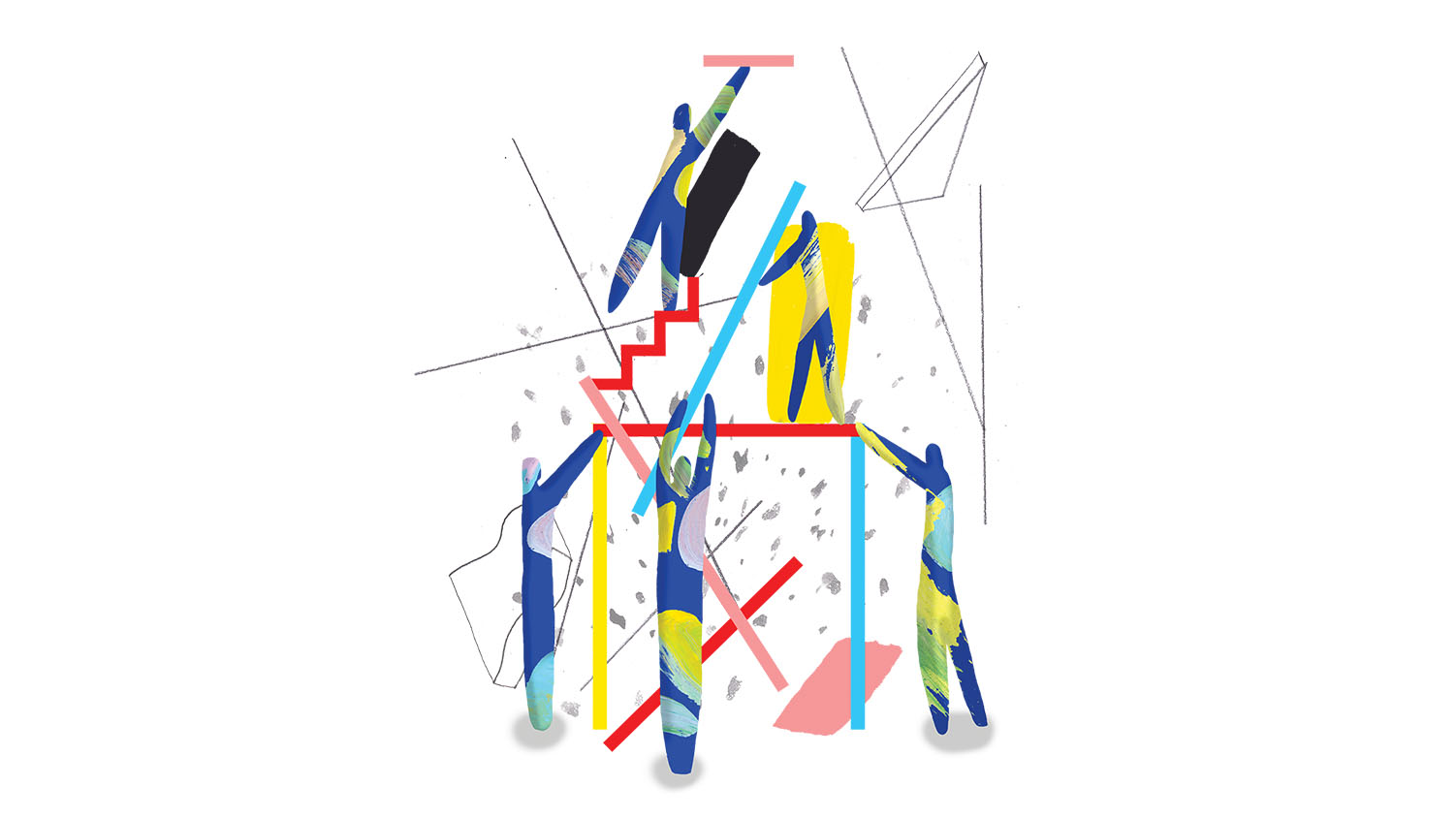 The challenges facing today’s communities of faith around the work of diversity are not new. We see them in the Bible’s earliest narratives. In Genesis 10, diverse communities spread out across the earth after the flood, only to quickly segregate into homogeneous groups where only one voice, one language, and one expression of faith were valid.

Culminating this drive to homogenize culture, they constructed the Tower of Babel, which ultimately led to God’s judgment and destruction of the community. The tower was — and is — a physical symbol of what happens when human beings place trust in themselves and their own cultures rather than the diversity that represents God’s creation.

In contemporary American culture, one Tower of Babel that challenges diversity goes by another name: the ivory tower. This tower can be a place where universities make names for themselves by using cryptic and exclusive language and practices that favor whiteness and privilege.

As universities across the nation seek to distinguish themselves in a competitive environment, they often gather people into bland, unified spaces where diversity is flattened. The ministry of diversity instead takes focus, intention, work, humility, and action, grounded in the gospel.

At Seattle Pacific University, we seek to live out the mission of Acts 2, in which the disappointment and dispersal following the Tower of Babel is redeemed. The disciples, following Jesus’ command, are waiting in a room in Jerusalem on the day of Pentecost when the Holy Spirit descends upon them. Rather than binding the community into a homogeneous monoculture and language, the Spirit enables a waiting crowd to hear their own languages being spoken. In this instant, the Church is born, with young and old men and women, formed by many nations, cultures, and races, empowered by God for worship and witness. One way SPU seeks to foster diversity within the body of Christ is through Pivot Northwest, a project hosted at Seattle Pacific and funded by the Lilly Endowment, which aims to help congregations in the Pacific Northwest engage young adults. Through research and targeted work with church communities, Pivot Northwest seeks to answer the perennial question that churches have been asking for years — even decades: “Where are all the young people?”

Generational diversity is one of the biggest challenges facing U.S. congregations today. Millennials between the ages of 20 and 35 are practically absent from many of them, or else comprise the majority of the church to an unhealthy degree. Seventeen of the 18 churches participating in our recent research were looking for ways to better attract young people. These churches are reaching out to young adults across the city with different socioeconomic, ethnic, and faith formation experiences. Embracing and understanding these differences is critical to their success.

Part of Pivot Northwest’s work with these congregations has been to help describe what they value, implicitly and explicitly, in their leadership and organizations. For some, this journey of truth-telling has been eye-opening, exposing ways that even the best intentions are actually walls rather than doors for young adults. Others are finding new vision and mission as they listen to young adults.

University Presbyterian Church and Christ Episcopal Church are situated in a complex setting in Seattle’s University District that includes young adults with few resources experiencing homelessness and international students far away from home and community. Churches like Rainier Avenue Church in Rainier Valley and Renew Church in Lynnwood are asking how to welcome young adults from the tech industry into their historically diverse and lower-cost neighborhoods while also continuing to welcome long-term residents who are at risk of being forced to move due to rising living costs. Many churches are finding that their young adults can no longer afford to live in the neighborhood the church occupies and are asking questions about social justice, church commutes, and new models such as satellite community groups.

As seen in national and regional census data, younger generations are also increasingly diverse in ethnic origin and in their exposure to ideas and faith orientations.

As seen in national and regional census data, younger generations are also increasingly diverse in ethnic origin and in their exposure to ideas and faith orientations. Though they are not the originators of a cafeteria-style spirituality, in which individuals pick and choose their beliefs and faith practices, they contribute to its ongoing development. The church needs to adapt to this reality and take seriously the promise of Revelation that the glory and honor of the nations will coexist in the New Jerusalem. That means even the misunderstood glory of the younger generations will be included, redeemed, and sanctified in Christ’s church. The question for congregations and churchgoers is whether they want to join the mission.

Unfortunately, some churches in the Pivot Northwest project who want ethnic and cultural diversity do not have the capacity or the courage to make leadership changes necessary to help diverse young adults find a church home. These churches have settled into comfortable cultural homogeneity. Change is occurring on the fringes as young adults gather and work under the radar of older church leaders and members who do not see them as core to the mission of the church.

These are congregations with enough financial and social capital to ride out their time without needing to make a change. They will continue to exclusively cite a homogeneous selection of authors, reference a narrow set of cultural issues, and gather on Sundays to find reassurance in previously held views rather than to seek new visions and voices.

Many of these churches ask questions that would be easier to answer if they had young adults in their midst: “How do we effectively start a social media presence?” “What kind of events are attractive to young adults?” “Should we put young adults on our elder board or church council?” These churches need encouragement to experiment, listen to new voices, and act on the movement of the Spirit to lay down the common and predictable and be willing to experiment and learn.

“Should we put young adults on our elder board or church council?”

Through Pivot Northwest, we try to facilitate this experimentation. We push congregations to find God at work in their communities, encouraging them to partner with each other and with social service agencies to seek a common vision. As a result, they discover new resources to multiply outreach and new ways of looking at the world.

In so doing, these churches follow the example of Paul in Acts 17. He connects with the people of Athens by acknowledging their drive to understand and respect diverse religions. In Seattle, churches that venture outside their congregations and buildings to reach their neighbors find young adults willing to share their vulnerability.

These churches are encountering a reality similar to that facing the Jerusalem Council soon after Jesus’ death and resurrection. At that time, the Christian church — then mostly composed of Jews — began to realize that gentiles felt unwelcome among them. They wanted gentiles among their ranks, but the diversity of culture that accompanied that population threatened the church’s established protocols.

The Council made a risky move in response, declaring that gentiles did not have to follow Mosaic Law. By lightening the nonessential regulations surrounding the faith, the Council took a step of obedience to pursue the greater calling of the church. Our hope is that SPU and other faith communities today can learn to follow that example. 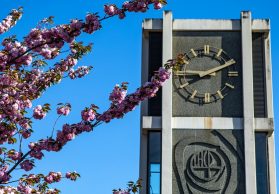 Lessons from the Demaray Tower on the transformative power of technology 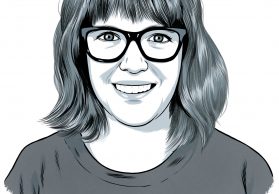 Why is the work of diversity important at SPU? Here are two reasons. 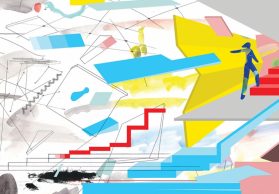 Why does SPU need to think about diversity?

Why should we care about diversity in a physics classroom?