She felt like most other college students she knew, uncertain and searching for direction in life. Now, 17 years after graduation, CHANNAH HANBERG ’03 sees God’s hand in her life’s path — a divine thread winding from her SPU days to her current position as the youngest-ever general manager at Seattle’s Spirit 105.3 Christian radio station.

Hanberg was always interested in media, which led her to major in business administration with a marketing focus. During her senior year, she attended an on-campus
internship fair. From some 150 applicants, she was one of three selected for an intense, six-month internship at Seattle’s KOMO-4 TV.

After graduation and a couple of marketing jobs, Hanberg joined Spirit 105.3 in 2008 to “do digital.” That meant launching the station on fledgling social media platforms, implementing mobile apps, and hiring a team. When the station needed a new general manager, she agreed to serve on the search committee.

She knew they wanted to fill a key role in one of the country’s leading Christian stations, with more than 300,000 listeners each week and a reputation for having the most loyal audience of any commercial music station in the Seattle-Tacoma metro area.

“But I had no idea I could ever be in this general manager role,” she said. “I didn’t think I had enough experience.” With interview after interview, however, the committee just couldn’t find a person with the right blend of media sense, management perspective, and ministry outlook.

“Through that process, our VP said he actually felt like God was talking to him, and we had our person right here,” she explained. “He told me, ‘I’d love to groom you into the GM role.’”

Originally, Hanberg was scheduled to start in her new role in July 2020, more than six months later, but Hanberg felt God was also prompting her, keeping her up at night. With some hesitation, she shared her conviction that she could start earlier as GM. She stepped into the general manager role in January 2020, only weeks before the COVID-19 pandemic broke.

“I really feel like God was preparing me, and there’s a reason why he’s called me into this role in a time such as this.”

In retrospect, Hanberg can report the obvious: No one knew what would happen. Only days before stay-at-home mandates went into effect, for example, the station received software that made it possible for their DJs to broadcast from home. They hadn’t planned it that way, but Hanberg sees God’s timing.

It hasn’t always been easy, however. She’s sometimes forced to retreat to her quiet car to take phone calls, away from her husband and two children, ages 6 and 9. “That’s been weird,” said Hanberg of the stay-at-home work adjustments. “I didn’t know how challenging it would be. I knew I was going to be stepping into a bigger role, but I didn’t know how many twists and turns were going to happen.”

One unexpected upside was an increase in listeners, albeit from new delivery formats. Traditional “drive time” largely disappeared during the lockdown, while the number of people listening through streaming devices increased by 25%.

Meanwhile, their “All Mom Does” blogging platform also grew significantly. Page views more than quadrupled, from 218,000 in 2019 to over 1 million so far in 2020. And during May, the online community counted more participants than the parent radio station had listeners. Hanberg couldn’t be more pleased.

“It’s not just about radio,” she said. “It’s about digital, and podcasts, and all the different platforms. It’s all just about communication.”

Radio in the time of a pandemic

Ultimately some of the biggest rewards for Hanberg and her staff are the daily calls and notes from listeners whose lives have been changed during the pandemic.

There’s the medical transport driver who plays 105.3 in his vehicle as a way of bringing peace to COVID patients in the midst of chaos. The mom who rediscovered hope in the words of a song. The addict and the ex-prisoner who found new direction. Many listeners are now turning to faith in Christ.

Hanberg looks forward to each new story. Along the way, she has become more comfortable knowing she doesn’t need to have all the answers. Instead, she prays with her staff and talks through their fears daily.

“I thought I still was in control to some extent, right? But at the end of the day, we all realized that we don’t have as much control as we perceive, and that we really just have God, and we need to lean on him much more during times of crisis.” 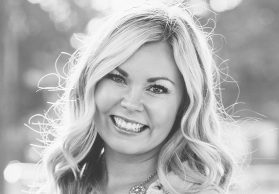 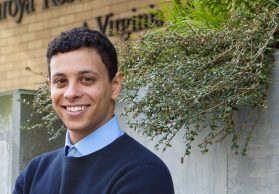 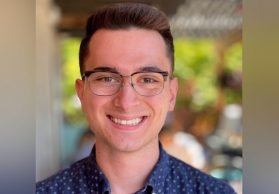