The timing of her book, released in August, seemed prescient as Salter McNeil challenges readers to look at racial injustice through a Christian framework and respond boldly against the status quo.

What was the impetus for you to write this book?

I had been preaching from the book of Esther* for probably 15 years. People would say to me [after a sermon], “That would really be a great book.” I thought I was going to write about leadership development and the notion of stepping into leadership when you didn’t see it coming. Then so much started changing in our country, the 2016 election of Donald Trump where 81% of white evangelical Christians voted for that particular platform, for one thing.

I’ve been preaching about reconciliation for over 35 years, so I’m not a rookie, but I was working hard to stay away from political issues because I thought if we just understood things as biblical issues, that would compel us to [respond to injustices] because we’re motivated by Scripture.

As I looked at the story of Esther, it pushed me to become braver and say things I hadn’t said in quite that way before. I began to be more confrontational about hypocrisy or when I saw complicity going on in the world and the church participating in that hypocrisy or complicity.

How have people responded to your bolder voice?

That’s why this book is called, Becoming Brave because I decided it is no longer working to be nice. We really need to be brave.

What topics do you think we need to be brave about?

There are many things. For example, if you say you are pro-life, that really means that you have to be for life — not just life in the womb, but pro-life for kids who are drinking polluted water in Flint, Michigan.

I can’t imagine if someone took my child — my infant — from me, and I had not seen that baby in two years, and they don’t know where the baby is and can’t reunite us. That is immoral. The fact that the Church doesn’t say something about that — that it doesn’t put pressure on our legislators to do something about that — is, for me, the kind of silence we must break. That’s why I wrote this book.

Do you have children of your own?

My kids are 24 and 29. They both went to college in Los Angeles and stayed in that area. They are beautiful. They are smart. They make me smile, just thinking of them. But there is a unique fear that parents of color feel in a world that is so racialized. I’ve been navigating that since they were children. Every Black parent, every parent of color, knows that there is a certain way their kids have to behave if they are going to stay safe in this world.

My son ran track in high school, stopped running for a while, and recently decided to start jogging again. I was thrilled! But then Ahmaud Arbery was shot by two white men while jogging. Now something as little as him telling me, “Mom, I ran three miles today” makes me shiver. It makes me literally shake. Now, I tell him, “Don’t go too far!”

That should not be the case. That’s the fear of being a person of color in the United States. It’s always been that way. If you go to the Legacy Museum in Montgomery, Alabama, you’ll see that this is the history of our country. This is not new. It keeps coming back over and over again in different ways, and Black parents fear for the lives of their children and their ability to make it through college.

Let me take it out of a Black/white narrative. In July, I got an email from a woman in Singapore who woke up to news that international students may not be able to return to the United States for school. She left her job to attend seminary at SPU and now she was stuck in this weird place of having to drop out of school. [The U.S. eventually dropped plans to deport or deny entry to international students enrolled only in virtual instruction after colleges and universities expressed widespread opposition to the visa rules. Newly enrolled international students taking online classes are still barred from entry at the end of July.]

If we are indeed this country made up of people from so many places who have made us richer for it, then we should rally around each other and care for each other and lament with each other when things affect people’s lives in ways that diminish them.

What are your personal impressions about where we’re at right now as a nation?

I think people have come to a place where enough is enough, and I’m grateful for that. I’m grateful that there’s something within the soul of young people, in particular, who are saying, “This is just enough! Everything about this is wrong.” And they’re beginning to say, “We’re not just going to watch it. We’ve got to do something. We’ve got to say something.” So, I’m encouraged to that degree, whether or not it will be the tipping point that changes things, we’ll see.

In Becoming Brave, you talk about the three I’s: Isolation, Insulation, and Ignorance. Can you give us some practical tips to break down these barriers to reconciliation?

It starts with telling ourselves the truth that we are isolated, that we don’t have a diverse enough social circle. In our churches, we have limited access to other people. We have to admit that we’ve gotten pretty comfortable with our friendship circles and work friends, but we are isolated.

I’m learning to speak another language. I’m not fluent, but I do speak Spanish. I went to Costa Rica for a whole summer because the more we get outside of our normal lives to learn another language, to live in another place, to put ourselves in places of discomfort, the more we’ll begin to see what we don’t know.

It also has a lot to do with who we listen to and what we read. Maybe it’s worth asking ourselves, “What news channels are we tuning in to? Is there a way for us to inform ourselves beyond the echo chambers that we can all find ourselves in?”

It’s going to take effort. I know everybody is tired. I know they don’t want to add something else to their lives. I feel the same way! I don’t want to do it either, but it’s going to take work! If we really do understand that the isolation, the insulation and the ignorance are part of the problem, then we’ll have to just say “I will because I want the results that come from working this hard.” It’s like going to the gym.

As Christians are going to have to do a more intentional job of deciding that we’re not going to be isolated. We’ll do the hard work to inform ourselves.

Part of the reason why we’re not making progress is because we’ve mixed up reconciliation with relational diversity. We think if we’re more multicultural, if we hire more people from different racial backgrounds, if we sing songs in Spanish, eat with chopsticks, have cultural awareness clubs, then we’re doing reconciliation.

My book, Becoming Brave suggests that that type of relational diversity is nice, but that’s not the hard, brave work of pursuing racial justice. Unless you’re doing that, you’re not really engaging in the work of reconciliation. You’re making friends across cultures, and that’s great, but that’s not going to change the world.

*In the story of Esther from the Old Testament, a young Hebrew woman is selected to be the queen of Persia without disclosing her Jewish heritage. When the lives of all Jews in the Persian empire are threatened, Esther intervenes to save her people.

Brenda Salter McNeil is a speaker, author, and associate professor of reconciliation studies at the School of Theology at Seattle Pacific University.  Salter McNeil earned a master of divinity degree from Fuller Theological Seminary; a doctorate of ministry from Palmer Theological Seminar; and was awarded Doctorates of Humane Letters from both North Park University and Eastern University. 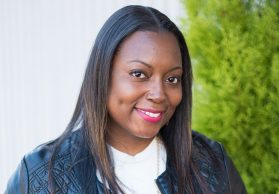 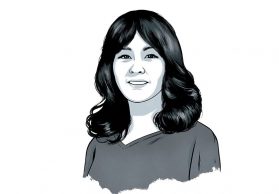 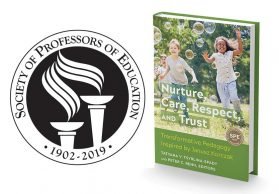 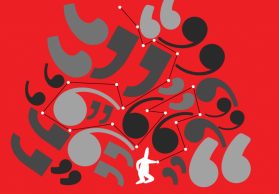