According to James Williams ’05, a battle is being fought for our time and attention. The battleground? Your mobile phone.

After all, we spend most of our waking hours with it and other devices these days. American adults spend nearly 11 hours daily on technological devices, according to a 2016 Nielsen Company report.

“Thousands of the world’s smartest designers and engineers go to work every day to get you to click, scroll, and stay on your screen.”

“Devices and digital services are no longer primarily used to accomplish tasks that improve life,” he says. “Instead, they create environments designed to capture and hold our attention for as long as possible.”

Last spring, Williams was chosen from more than 700 entrants as the inaugural winner of the Nine Dots Prize for his essay exploring this issue. He received $100,000 and a book contract with Cambridge University Press.

Sponsored by the Kadas Prize Foundation with support from the University of Cambridge, the prize encourages innovative answers to important but neglected questions.

In response to the overuse of technology, many encourage users to exercise more self-control. But Williams argued in his essay that this suggestion alone is not realistic. Instead, he advocates for the technology industry to put users’ best interests first. Apps that do this already include fitness apps that encourage physical health and programs that increase work efficiency.

“Thousands of the world’s smartest designers and engineers go to work every day to get you to click, scroll, and stay on your screen,” he says. “Many genuinely want to help users, but they work within a system that measures success by numbers of clicks and amount of time spent.”

The solution? Williams calls for new measures of tech design success that will reward designers for creating programs and features that focus on improving users’ physical well-being.

Williams is well-equipped to speak on the subject; after graduating, he worked for a decade as a marketing strategist and analyst for Google. He also earned a master’s degree in human-centered design and engineering at the University of Washington.

But he says his undergraduate years were foundational. In his sophomore year, he transferred from the computer engineering program at UW to SPU, where he declared what seemed like a surprising major for the technology career-bound student: English literature.

“I chose a liberal arts education because I wanted to ask the deeper ‘why’ questions,” he says. “Instead of how to build technology, I first wanted to learn why we’re building it, and what we want it to do for us.”

While at SPU, Williams interned for Image journal, working with Editor Gregory Wolfe. According to Wolfe, Williams was already beginning to put the pieces of his future work together. “James was one of the best students I ever had,” says Wolfe. “He was interested in understanding the ways people communicate with each other, which are now deeply impacted by technology.”

Williams’ hope for the future of technology lies in increasing awareness among users and designers of the current system’s dangers. He shares his work with tech companies and, in 2014, co-founded Time Well Spent, an international initiative bringing to light the prevalence of technological distraction and encouraging both users and designers to question whether current devices are helping or hindering their lives. The initiative already has more than 85,000 followers.

“This is not an anti-technology movement,” he says. “It’s extremely pro-technology. Our goal is to help technology do what it promises: improve and enrich lives.” 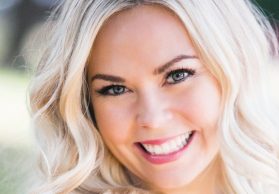 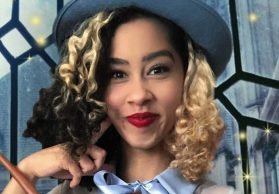 Maker sews together creativity and history