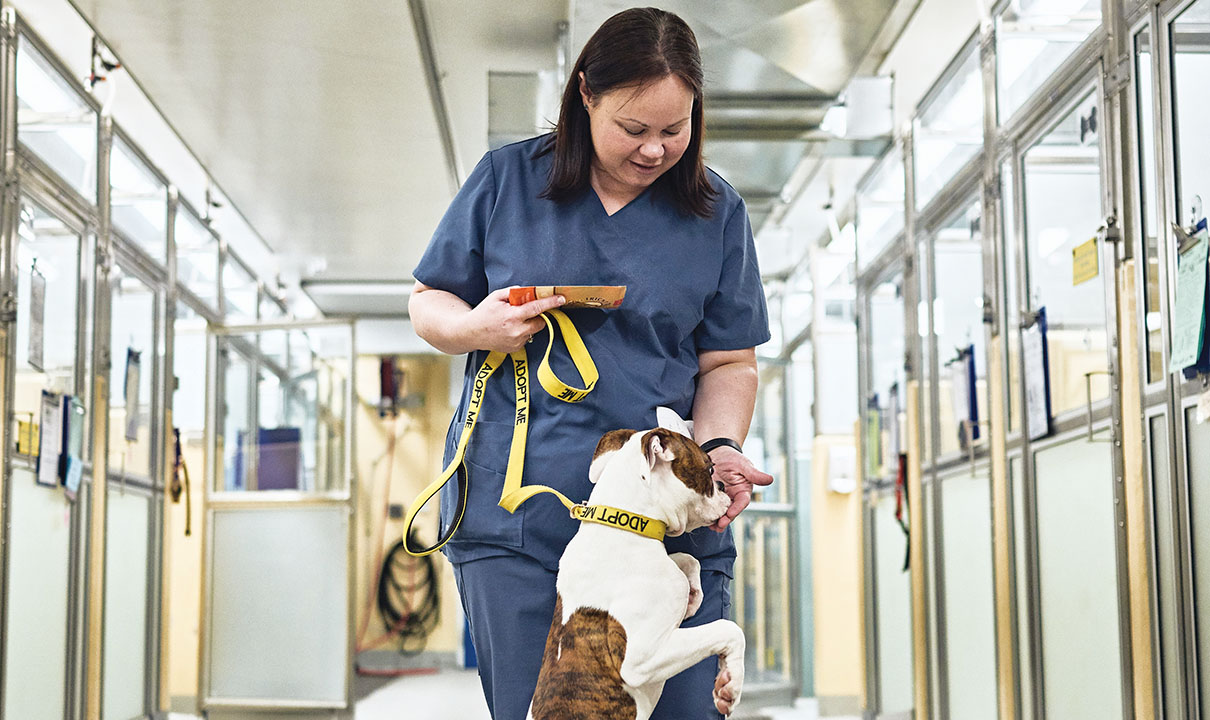 AS A GRADUATE STUDENT, Jennifer Bennett ’99 worked on rodent studies for her behavioral neuroscience degree. Amidst the cages and mazes, she came to a startling realization: The care of the lab rats and mice was far more interesting to her than the research itself.

She volunteered at an animal shelter to scratch the itch while working on her doctorate at the University of Washington. Then she put the PhD on pause after finishing her master’s degree, did neuroscience research at Yale for a couple of years, and finally allowed her mind to follow her heart: She applied to veterinary school.

Today, she is the medical director and senior veterinarian for the Seattle Animal Shelter, charged with developing a single veterinary services program, encompassing both shelter medicine and expanding the public surgery clinic for the 47-year-old City of Seattle’s sole municipal shelter. While the shelter has long led the way with its public spay and neuter clinic — established in 1982 before such efforts were a priority nationwide — animals were sent to local vets for other needs until 2016.

The breadth of her skills prompts her to tease her cousin, a physician.

“He has one species and one little specialty — and I have everything else,” she said. “He can’t believe how in one day I’ll do a dental procedure, 20 spays and neuters, treat a skin problem, look at X-rays — that’s like seven specialists in the human world. Oh, and by the way, you’re getting all these services in a single day and your medication’s dispensed, too. Amazing service, right?”

It’s the kind of service that brings the ever-pragmatic Bennett deep satisfaction, and the city and the shelter’s foundation generously fund the procedures she deems necessary.

SIX MONTHS AT THE ANIMAL SHELTER

“I can provide immediate care to animals that in many cases are suffering or are in an unhealthy condition, and I can help in very practical and quick ways,” she said. “They’re all my pets in a way, so I can care for them as I would like them to be cared for.”

The municipal shelter is open admission, accepting all animals within city limits, regardless of species, breed, age, health, or behavior.

The orphaned animals, ranging from dogs and cats to iguanas, guinea pigs, ferrets, birds, bearded dragons, rabbits, and pigs, receive medical and surgical care — sometimes coupled with the work of a behaviorist — and socializing or walks with a steady stream of dedicated volunteers. Thanks to these efforts, more than 85 percent of the pets are adopted, reunited with family, or transferred to rescue groups for adoption.

“I look at every animal and ask: ‘Can I treat you? What do you need? Are you adoptable? Could someone assume your level of care? If I can’t cure you, could I put you in our fospice (foster hospice) program?’ We’ve had some dogs here over a year before we found the right place for them. We don’t give up on pets easily,” she said.

“… in one day I’ll do a dental procedure, 20 spays and neuters, treat a skin problem, look at X-rays — that’s like seven specialists in the human world.”
— Jennifer Bennett

As an undergraduate, Bennett pursued a psychology degree and thrived under the tutelage of Kathy Lustyk, then a new associate professor of psychology at SPU.

“Dr. Lustyk was an excellent mentor and a real example of a woman in science and research,” Bennett said. “She was inspiring and a friend. We had a lot of conversations about grad school and work-life balance.”

“Jenn was a student who stood out with her attention and bright smile,” she said. “She possesses skills that make leaders effective, including care and commitment. I don’t think it gets any better than her.”

After vet school, Bennett returned to rural Lake County in Northern California, where she had grown up on 30 acres and raised domestic and farm animals.

She initially worked in private practice, but her ties to the local community and experience with animals of all species led her to a veterinarian role at the county shelter, which had one of the highest kill rates in the state. She built their surgery and medicine program and started a spay and neuter clinic, as well as a free trap-neuter-release program for community cats. The euthanasia rates dropped by more than 50 percent in her first year on the job.

That was her launch into shelter medicine, and Bennett had found her calling.

When she and her family relocated to Seattle for husband Leo’s work as a wine cellar operator, Bennett immediately sought out local shelter and spay and neuter groups to work with. Stints with Purrfect Pals, NOAH, Everett Animal Shelter, Emerald City Pet Rescue, PAWS, Wenatchee Valley Humane Society, and the Feral Cat Spay/Neuter Project led her to the Seattle Animal Shelter in 2017 and her current position.

While her days bring plenty of feel-good work, Bennett also investigates animal cruelty, abuse, and neglect cases and gets subpoenaed or called as an expert witness occasionally.

“Sometimes I see lousy outcomes,” she admitted, “but I’m a practical enough person that I still feel, ‘Well, I’m here right now and I can make a difference for this animal, even if that means relieving its suffering when I can’t make it better.’ The work will never stop, but I can always make a difference to the animal I encounter.” 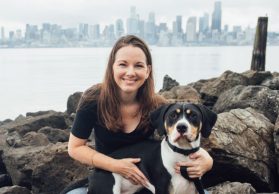 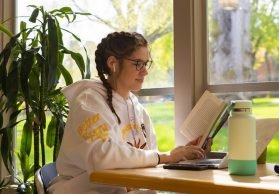